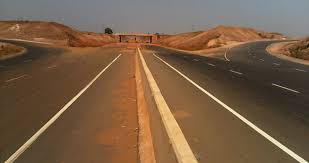 The Federal Government has said that said it was determined to complete the Kaduna eastern by-pass road.

The Director of Highways, North-East, Busari Olalekan, said this to journalists, in Kaduna, on Monday, adding that the government considered the project as urgent and necessary.

Olalekan said that contract for the road was awarded in 2002, adding that due to poor funding the project had suffered unnecessary delay.

He said that N13 billion was allocated for the project in the 2017 budget for the completion of the project.

The director, however, hoped that when completed, the road would reduce vehicular traffic within the metropolis.

“As a result of the delay in funding, there is an issue of cost overrun and government is not comfortable with it.

‘’We believe there will not be much review on this project before it is completed.

“The contractors are on site, achieved 25 per cent of the project and have covered over 16 to 20 kilometres of work,we expect them to deliver the work soon,” he said.

Also speaking, Ja’afaru Baba, Managing Director of Ekisiogullari, the company handling the contract, said the government had shown much commitment to the project in 2018.

Baba said that if the government continues to give the company the support in the area of funding, the project would be delivered on time.

The project supervisor, Olumide Alabi, said the project was awarded in 2002, adding that the Federal Ministry of Power, Works and Housing had been working tirelessly to complete it.

He said that the 16 kilometres of the work done on the road had not suffered any damage since work began, adding that Ekisiogullari would not relent in its effort to deliver quality job.

He added: “The contract period has been extended to May 17, 2019 and the contractors have been making steady progress since they went back to site on May 17, 2017.”