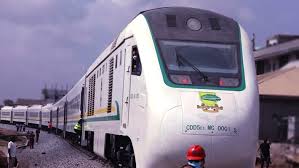 The Federal Government has said that it will be insensitive to resume the Abuja-Kaduna train service as abducted passengers are still in captivity.

Minister of Transportation, Mu’azu Jaji Sambo, said this recently while briefing newsmen after a meeting with President Muhammadu Buhari.

Sambo said the resumption of the Abuja-Kaduna train service, which was suspended following an attack, which took place in March, would translate to insensitivity.

He also said that there is need to install surveillance facilities to monitor the tracks.

The minister said the government is looking at the best options in terms of surveillance, including concessioning it in a public-private partnership (PPP) arrangement.

“If I give a timeline, I’ll be lying to you. It will be insensitive to restart the service if some families weep day and night over their family members still in the bush,” he said.

The minister said the government is mindful of the cost involved but should be able to report definite progress in about a month.

Meanwhile, the minister said the council approved a contract for the Nigeria Railway Corporation (NRC) worth about N1.49 billion for the repair of cranes.