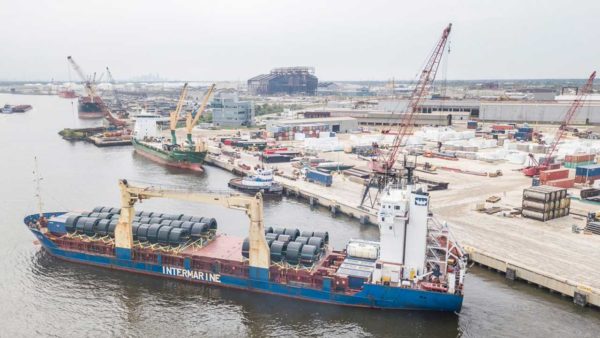 Delta State Governor, Ifeanyi Okowa of has appealed to the Federal Government to resuscitate the Warri Port to address the prevailing unemployment in the country.

Okowa made the call on Thursday at a Town Hall meeting held with the Youth, comprising #EndSARS protesters, civil society groups, students, community leaders among others.

The meeting was held at the Government House Annex in Warri.

“With the congestion of the ports in Lagos, Federal Government should revive Warri Port and other seaports in Delta to boost the nation’s economy and create employment for the youth,” he said.

Okowa said that the rate of unemployment was alarming.

He said that his administration had adopted skills acquisition and entrepreneurship programmes as measures to tackle unemployment in the state.

“We will try to improve on our processes of helping our youths to acquire skills and provide them with starter packs.

“The more active ports we have the better for the nation; our port is not working the way it ought to be.

“The Warri channel needed to be dredged and the Federal Government has awarded phase one of the dredging.

“Until phase two is awarded, we will not be able to achieve any success story on that,” he said.

The governor thanked the youth for coordinating themselves peacefully and assured that his administration would address some of the issues raised by the youth at the meeting.

He said that the State Government was building Multi-billion Naira Storm Water drainage system in Warri to address the perennial flooding in the city.

Okowa also said that the Warri Stadium would be rehabilitated after the flooding ravaging the area had been successfully addressed.

The governor, however, urged the youths to show interest in governance.

The youth commended the governor for the meeting.

They, however, called on the government to bridge the gap between it and the youth by way of giving them the opportunity to participate in governance