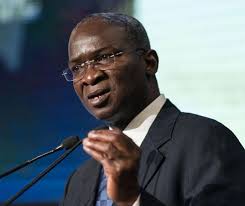 From the onset, the National Housing Programme (NHP) under Works and Housing Minister Babatunde Fashola had one major agenda: to deliver affordable and accessible housing to beneficiaries. With necessary collaborative actions aimed at ensuring nationally acceptable designs that respond to and accommodate the country’s diversity in terms of climatic conditions and cultural leanings, the programme is now delivering on its objective.

Fashola said: “We have offered all the housing units to members of the general public in a non-discriminatory way of opening the national housing portal, to ensure that those interested are not inhibited by any artificial obstacles and allocations will be made based on those who apply and pay, on a first-come, first-served basis.”

The NHP is presently undertaking 6,022 housing unit projects across 46 sites in the 36 states of the federation and the Federal Capital Territory (FCT), and of these numbers, 2,864 housing units are completed. The NHP has a total of 2,382 housing units under construction from January 2022 to date. Out of this number, a total of 1,462 housing units have so far been delivered in seven sites across the nation.

While providing these houses, and the construction process associated with them, jobs in the construction value chain, translating into 46,4202 number employments for Nigerians were created. The value chain also empowered 1,245 building contractors across the nation. A breakdown of some of the projects by the Federal Housing Authority (FHA) Building Nationwide for all Cadres further shows massive investment and commendable results by the Buhari administration.

At the Pilot Mass Housing Programme, Zuba, Abuja, FCT, where N7.20 billion out of the N9.30 billion earmarked for the construction of 764 units of one-bedroom, two-bedroom, and three-bedroom houses with associated infrastructure is already expended, 746 housing units have been completed as at June 2022. In Apo, Abuja, construction was recommenced towards the completion of 90 Luxury duplexes. Of the N4.05 billion set aside for the project, N1.85 billion is already expended, and 73 housing units have been completed.

There is an ongoing Index Housing Project in Kubwa, Abuja, for the construction of 18 units of two-bedroom in blocks of six flats. The budgeted sum of N229.2 million has been released and spent with the 18 housing units delivered.

The project cost for the partnership between the FHA and ENL for the completion of 764 luxury housing units in Apo, Abuja, was put at N41.78 billion. Thus, N18.8 billion has been released so far and 550 housing units have been completed already. N1.1 billion was earmarked for the construction of 59 units of a lettable space shopping mall at the 3rd Avenue Shopping Mall, and N493 million has been utilised on 38 units of the project, which commenced in January 2022. There is an ongoing construction of 337 units of two-bedroom, three-bedroom blocks of flats, three-bedroom terraces, and associated infrastructure. For this, N9.6 billion was set aside and N1.5 billion of that has been used.

The construction of 80 units of two and three-bedroom bungalows is already completed at the Makurdi, Benue State Nationwide Housing project. N712 million was expended out of the N768 million set aside for the project and 83 housing units were delivered.

At the Yenogoa Nationwide Housing project, where N342 million is already used out of the budgeted N2.28 billion, the project is ongoing for the construction of 80 units of various house types and associated infrastructure. At Odukpani, Cross Rivers State Nationwide Housing project, N570.35 million has been released out of N830.12 million for the construction of 86 units of two and three-bedroom bungalow house types with associated infrastructure.