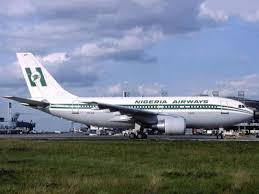 In 2003, the Olusegun Obasanjo administration liquidated Nigeria Airways, the government-owned national carrier, because it had failed as a business.

However, succeeding administrations and aviation stakeholders feel the country needs a flag carrier to market itself globally. Based on need, administrations after Obasanjo’s have made efforts to set up a national air carrier.

The history of a national airline began in 1958 with the establishment of defunct Nigeria Airways Ltd. The company was founded by the Federal Government after the dissolution of West African Airways Corporation (WAAC).

It retained the name, WAAC Nigeria, until 1971 when it was rebranded Nigeria Airways, the name it had until it wound up in 2003.

Nigeria owned 51 per cent of shares in the company up to 1961 when it boosted its participation to 100 per cent and made it the national carrier.

At the time of dissolution, the airline’s headquarters was at Airways House in Abuja..

It concentrated operations at Murtala Muhammed International Airport, Ikeja, and engaged in domestic and international operations.

Its international destinations were mainly in West Africa. The airline also had points in Europe, North America and Saudi Arabia.

The airline was managed by a number of foreign companies, including British Airways, the Dutch company, KLM and South African Airways.

Plagued by mismanagement, corruption and overstaffing, the company had a debt of 528 million dollars and poor safety record at the time of liquidation.

It had one aircraft flying domestic routes and two leased aircraft for international operations. Nigeria Airways was succeeded by Virgin Nigeria and its ground facilities were taken over by Arik Air, a local private operator.

After assuming office in 2015, President Muhammadu Buhari set up a committee headed by the current Rector of Nigerian College of Aviation Technology (NCAT), Zaria, Mr Mohammed Abdulsalam, to establish a national carrier.

In August 2018, the proposed carrier was unveiled by the immediate past Minister of State for Aviation, Sen. Hadi Sirika, during the Farnborough International Air Show in London as Nigeria Air.

The unveiling was after the transaction advisers completed the Outline Business Case (OBC) Report and the Infrastructure Concession Regulatory Commission reviewing and issuing OBC Certificate of Compliance.

But the project meant to take off in December, 2018, was suspended by the president in September, 2018. The government said the action was for strategic reasons.

Sirika said the president wanted the Viability Gap Funding for the project to be provided for in the 2019 Appropriation and the National Assembly approved N47 billion for it.

He also said a viability gap funding of 155 million dollars was required in line with the OBC to enable the airline to begin operations before private equity funds would be introduced.

He said Nigeria had BASA with 83 countries, many of which had been reviewed to create opportunities for domestic carriers but that only 10 per cent were active.

According to Sirika, no domestic airline has evolved to fill the vacuum left by Nigeria Airways due largely to wrong business models, low capitalisation and poor governance structure.

The position is shared by aviation industry stakeholders, who allayed the fears of private airline operators on the future of their businesses. They said rather than run domestic airlines out of business, the national carrier would help them grow.

They said the national carrier would facilitate and promote the development of the tourism sector considering the enormity of work the government had done in the aviation sector.

They further said a national carrier would stimulate competitiveness in air fares within and outside the country and help Nigeria derive comparative advantage on competitive routes where BASA existed.

The agreement allows international commercial air transport between territories and Nigeria is currently at disadvantage being unable to reciprocate the preponderance of such agreements which only a national carrier can do, stakeholders said.

Sirika said the carrier would give impetus to the emergence of Nigeria as a hub for West and Central Africa by promoting reliable air transport services.

He added that the carrier would support the growth of the aviation industry and domestic airlines through infrastructure, traffic and routes expansion as well as manpower development.

Stakeholders say the business should be private sector driven with government only having a venture interest of five to 10 per cent.

Retired Group Capt. John Ojikutu, an Aviation Safety Expert, said that Nigeria would not be able to utilise its BASA without a national carrier and advised against using any private airline as national carrier.

Ojikutu, Chief Executive Officer of Centurion Aviation Security and Safety Consult, said government should not control more than 10 per cent equity in the company.

“Let us have a national carrier that you and I will buy into while bringing in technical partners that would buy at least 30 to 40 per cent of the stake.

“Federal and state governments must not have more than 10 per cent which should be shared between them so that government control would not be more than that.\

“Credible Nigerians should partner and not have more than 15 to 20 per cent and the remaining should go to ordinary Nigerians through public offer,’’ he said.

Ojikutu advised against partnership with international airlines that would compete with Nigeria on international routes or seek technical assistance from airlines flying into Nigeria.

“Let them go to Australia, Canada and America not Europe, not Africa, not Middle East,’’ Ojikutu said.

Mr Isaac Balami, an Aircraft Engineer and Chief Executive Officer of 7Star Global Hangar Ltd, said government should do everything possible to push the project through as soon as possible.

Balami said the defunct Nigeria Airways was doing well at some point and was even the first African airline to land in the U.S. “but for the lack of vision and focus we lost it.

“With about N47 billion approved in the 2019 budget for the national carrier, I believe there is hope for the industry in Nigeria and the next minister should ensure that the national carrier comes on board shortly because the president is willing to support it,’’ he said.

In its first tenure, the Buhari administration achieved some milestones in the aviation sector, especially in the area of infrastructure development, safety and security at the airports.

The first major action taken by the government was the closure of the runway of Nnamdi Azikiwe Airport, Abuja, for six weeks to enable its rehabilitation. The contract, awarded to Julius Berger Plc at the cost of N5.8 billion, was delivered a day before the deadline.

The rehabilitation work started on March 8, 2016, while all flight operations were relocated to Kaduna International Airport.

Before the movement to Kaduna, government completed the terminal building which was abandoned in 2012 within two months for the airport to be able to receive international flights.

In 2017, Abuja and Lagos airports were certified by NCAA after they had met International Civil Aviation Organisation safety standards for the first time in Nigeria’s aviation history.

In 2018, the Abuja airport was voted the best improved airport in safety” by Airports Council International, Africa Region, following an extensive evaluation process that considered entries from other African countries.

The completion of work at Port Harcourt ended years of national embarrassment. Before the completion, airlines operated from makeshift tents after fire destroyed the old terminal building.

The situation led to the rating of the airport as the worst airport by a group called ‘Sleep in Airport’.

In the last days of its first tenure, the administration inaugurated numerous projects across airports starting with an Aviation Security Training School and Aviation clinic built by Federal Airports Authority of Nigeria in Lagos.

The government inaugurated a re-modelled terminal building which was started in 2012 at the Ibadan airport and also Category Two Instrument landing System in Benin Airport.

In Abuja, the government installed a 10mw independent power plant to augment the existing power supply to the airport.

Sirika said the government would continue to invest in the upgrade of aviation infrastructure and facilities to make them meet International Civil Aviation Organisation standards.

He said the government executed 134 aviation projects between 2015 and 2019 out of 157 projects earmarked.

He said some projects were inherited from the previous administration while majority were initiated and completed by the administration.

Stakeholders say the benefits of the sector can only be realised with a national carrier.

Written by Chukwudi Ekezie of NAN