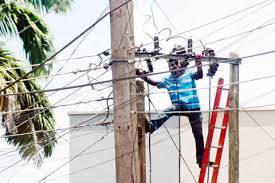 Electricity infrastructure in the South East is facing rising vandalism amidst increasing security tension, which is already crippling operations of power firms in the region.

The Enugu Electricity Distribution Company PLC (EEDC), yesterday, disclosed that eight vandals are currently held in police custody, as the development has already cost the company over N300 million in replacement loss.

This is coming few months after indications that the security situation in the country is worsening the balance sheet of some of the distribution companies with resultant liquidity crisis in the power sector.

The utility company had admitted that it is worried at the turn of events, where vandals now resort to draining transformer oil, thereby subjecting the transformer to risk of blowing up once supply, is restored.

Calling for the support of customers and other stakeholders, the organisation noted that about eight suspects were arrested for attacking power equipment belonging to EEDC, and have been handed over to the police for proper investigation and possible prosecution.

The Head, Corporate Communications, EEDC, Emeka Ezeh, said that within the last quarter of the year, there has been no day the company did not record an average of three attacks on transformers across its franchised areas, most of which have their oil drained.

Ezeh said: “Before now, the vandals have been carting away armored cables and bare conductors; but in recent times, we recorded more cases of drained transformer oil, which poses greater danger to the transformer, because it could get damaged when energised without oil in it.

“Once vandalism happens, our customers are thrown into darkness, homes and businesses are affected, even as losses are incurred amid inconveniences that lack of electricity supply brings.”