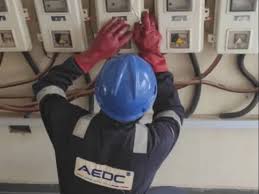 Following loan default, the United Bank for Africa Plc has taken over the majority stake in the Abuja Electricity Distribution Company.

The take over  has received the endorsement of the Federal Government, the Minister of Power, Abubakar Aliyu, announced on Wednesday.

Speaking on the development, Aliyu said UBA had to take over the power firm due to the inability of the AEDC’s major investor (Kann Consortium) to effectively service the loans obtained from UBA when it acquired the Disco in 2013.

It should be noted that the deposit bank had acted as the mandated lead arranger, underwriting $122m (about N20bn then) for Kann Consortium’s acquisition of the AEDC.

Speaking on the  changes in the ownership structure and management at the AEDC, the minister in a statement he signed said the takeover of the Disco by the bank had to happen.

He said, “The AEDC has, of recent, been facing significant operational challenges arising from a dispute between the core investors (KANN Consortium) as owners of 60 per cent equity in the AEDC and UBA as lenders for the acquisition for the majority shareholding in the public utility.

“The situation has currently deteriorated due to lack of access to intervention finances leading to a point whereby legitimate entitlements of the staff are being owed thus leading to service disruptions on December 6, 2021 within its franchise area.

“The Federal Ministry of Power has since taken the initiative to engage organised labour and electricity service has since been restored in the Federal Capital Territory and the states served by the AEDC.”

According to him, the changes in shareholding in the AEDC and the appointment of an interim management for the Disco by the shareholders had been endorsed by the Nigerian Electricity Regulatory Commission and the Bureau of Public Enterprises (as co-shareholders in the AEDC).

Also the NERC and BPE in a joint statement said there had been an ongoing dispute among competing factions of the AEDC’s majority shareholder/core investor Kann Utility Company Limited.

The agencies added, “Eventually, this resulted in a total service disruption on December 6, 2021 for over 14 hours in the AEDC’s network area.”