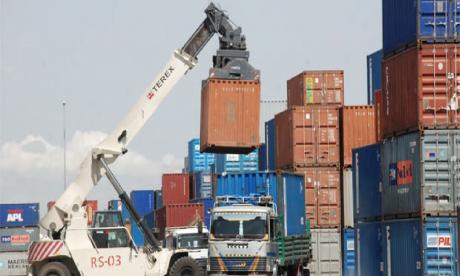 Bello made the disclosure in Ibadan on Tuesday when he paid a courtesy call on Gov. Abiola Ajimobi of Oyo state in his office.

Bello had led Dada Ahmed, a representative of Infrastructure Concession Regulatory Commission (ICRC) and representatives of CRCC China-Africa Construction Limited on the visit.

Bello presented to the governor an Outline Business Case Compliance Certificate (OBC) of the project expected to be developed at Olorisa-Oko, the terminal end of the ongoing Lagos-Ibadan Standard gauge railway line.

Bello said that the construction company had approached the NSC to develop an Inland Dry Port (IDP) at Olorisa-Oko area of Oyo State at the end of the ongoing Lagos-Ibadan standard gauge railway line.

‘‘We are working to ensure that no time is lost. We will ensure that the procurement process run concurrently.

‘‘It is our hope that the turning of sod, signifying the movement of concessionaire to site and commencement of construction work start before the end of the year or early 2019,’’ he said.

He said that the new 20,000 tonnes capacity Ibadan IDP would be developed in three phases at a capital cost of $134 million for the project.

The NSC boss said it was their desire that Oyo State Government and the public would hold equity in the project, adding that appropriate percentage holding of all parties to the project will be determined at negotiations.

According to him, the need to develop Inland Dry Port in hinterland parts of the country is more demanding now than in 2007 when the Federal Executive Council approved the concession of six Inland Container Depots across the country.

‘‘This included the one to be located at Erunmu in Ibadan. The roads round the Logos Logistic Ring (LRR) are littered with trucks and tankers averaging 7,500 daily with about 5,000 of them not having feasible business to transact in the Apapa area.

‘‘President Muhammadu Buhari administration’s policy objectives to diversify the economy is another reason to bring shipping services to the door steps of shippers in the hinterlands,’’ he said.

Bello said that agricultural commodities and other export cargoes generated from the hinterland would be shipped with ease through IDP.

He said that the standard gauge railway line from Lagos to Ibadan was a catalyst for opening Oyo and adjourning states for export.

Bello called on the state government to ensure that the allocated land for the project was free from all encumbrances, while it should ensure basic infrastructure including security and access roads were provided at the site.

In his response, Ajimobi thanked the team for ensuring that one of the first Inland Dry Ports would be established in the state.

He expressed the hope that it would be the most patronised ever in the country on completion.

The governor said that the state has the potential of becoming the food basket of the nation with its landmass, soil profile, strategic position and concentration of agricultural research institutes.

He pleaded with the construction company to ensure earlier completion and usage of the project.