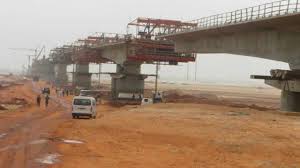 Minister of Works and Housing, Babatunde Fashola has  reaffirmed that the construction of the Second Niger Bridge would be completed next year.

He gave this assurance during a forum organised by News Agency of Nigeria in Abuja.

According to him, the bridge, which will serve as a major link between Southeast and Southwest, will be delivered between the second and third quarters of 2022.

Construction of the bridge began on September 1, 2018, with construction cost put at N336 billion when the contract deal was signed.

The minister, however, made no mention if the construction cost of the facility had changed since the commencement of work.

He said that the project would facilitate the influx of investments to the Southeast when completed.

Fashola said the construction work had gone beyond the water level, explaining that most bridge works were done underwater.

“So, what you see currently is the final work. The sub-structure which entailed building cement structures underwater often costs a lot of money.

“We should finish the bridge next year between the second quarter and third quarter,” he said, adding that construction time was lost because of COVID-19.

He said additional work was continuing underneath the Third Mainland Bridge in Lagos was critical in preserving the infrastructure.

The bridge was reopened on February 28 after undergoing rehabilitation in 2019.

Fashola emphasised that work would continue on the substructure despite reopening the bridge to traffic.

“We have finished the superstructure work that is the pavement that you drive on, we have changed the bearings and the expansion joints and we are now working on the substructure.

“Work is still going on under the bridge even though people are now driving and thinking we have finished.

“We have finished the top, people can move; we don’t need to close the bridge.

Some of the concrete has been damaged; some of the reinforcement, the steel is showing some of the places where water splashes there is erosion so we are working there now.

“We are going to be there for many months to ensure we preserve the life of that infrastructure because we can’t afford to build a new one,’’ Fashola said.