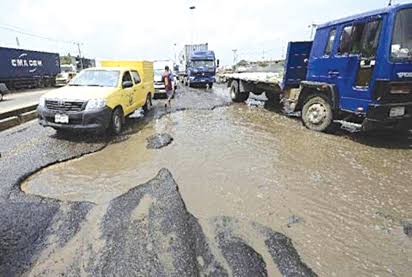 The Osu of Agwada chiefdom in Nasarawa state, Abubakar Sadiq-Obagu, has appealed to the state government to construct Kofar Gwari/ Agwada road to boost the socio-economic activities of the people of the area.

Sadiq-Obagu made the appeal on Tuesday in his palace in an interview with newsmen in Agwada.

The second class traditional ruler said that the construction of the road would also boost agricultural activities and the revenue base of the people and the state at large.

“Gov.Tanko Al-Makura is doing his best toward the provision of basic infrastructure, which is impacting positively on the lives of the people of this area and the state at large.

“But like Oliver Twist, we are pleading with the state government to come to the aid of this community by constructing Kofar Gwari/Agwada road.

“This is necessary in order to boost the socio-economic activities of my people and in the interest of development of the state.

“The construction of the road will also ease transportation of my people in moving their farm produce to neighbouring markets and improvement in their standard of living, “he said.

According to the Osu, the people of this community are facing some difficulties plying the road, adding,“we are therefore appealing to the state government to come to our aid. “

The traditional ruler urged farmers and herdsmen in the area to co-exist peacefully in order to boost agricultural production.

He urged his subjects to be law abiding and be their brother’s keepers in the interest of development.

Sadiq-Obagu further called on his subjects to continue to support government policies and programmes in order to enjoy more dividends of democracy.