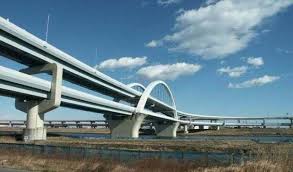 Ahead of selecting a contractor for the multi-billion-naira Fourth Mainland Bridge project, the corridor has become a beehive of activities with estate agents reporting increased property transactions.

The $25.6 billion project is attracting property investors and private developers in the axis, which made property values to rise. Some property owners are also disposing their properties for fear of losing them to the bulldozers, Guardian reports.

There had been panic among property owners in the corridor as no fewer than 800 houses were penciled down for demolition when construction begins, against the 4,000 houses earlier marked in the previous design before it was realigned.

The numbers of land, completed and uncompleted buildings in the property markets have also doubled in Lekki, Itamagba, Ajah, Langbasa, among others. Previously, a plot of land in some of these locations attracted N800, 000.

In ltamagba, a full plot of land now sells as high as N8 million, four-bedroom flat is being sold for N40million, two-units of two-bedroom bungalow, about N25 million while three bedroom semi-detached bungalows start from N16 million. In Abraham Adesanya axis, a five- bedroom bungalow sells for over N7 million.

Specifically, the bridge is a 38-kilometres freeway sub-divided into three sections namely: Island Section, Lagoon Section and Mainland Section. It is expected to commence from Abraham Adesanya Roundabout in Lekki through Langbasa areas in Ajah and crossing the Ado Badore Road before arriving at the Lagoon shoreline.

The proposed project, it was learnt would also allow for direct access from the large suburb of Ikorodu to the Island and the Lekki Free Trade Zone area. According to the design, the bridge would have 2 x 4 lane carriageway cross-sectional road with allowance for BRT Lane and future road expansion.

Already, the bridge has been integrated into the state’s master plan for transportation infrastructure. About 32 building and civil engineering firms bided for the project, from which a shortlist of 10, dominated by Chinese companies, were drawn up in April.

It was learnt that the bids were further reduced to two, out of which the most preferred bidder would be announced before December 2021. Authorities disclosed that work would begin in the first quarter of next year.

Last week, the state government through the special adviser, Lagos State Ministry of Works and Infrastructure, Mrs. Aramide Adeyoye, and the Director-General, Office of Public-Private and Partnerships, Mr. Ope George, requested for proposal from prequalified contractors in respect of the proposed design, development, construction, procurement, operation and maintenance of the project.

Estate agents confirmed increased transactions in the axis. The immediate past chairman of Lagos State branch, Nigerian Institutions of Estate Surveyors and Valuers (NIESV), Mr. Adedotun Bamigbola, said generally there has been an upswing in sales of properties with increasing property values since the beginning of 2021.

He noted that the landing of the Fourth Mainland Bridge in those locations at the Lekki axis and in Ikorodu, would continue to make them, locations of greater influence and interest within their respective neighbourhoods.

“They would continue to command increased and high land or property values as the Fourth Mainland Bridge project progresses.

“However, if the project slows down, particularly for a long period of time, it may stagnant growth in value slightly. Also, apart from the proposed Fourth Mainland Bridge, population has gone up in the Ajah axis and property values have gone up too,” Bamgbola said.

Another estate surveyor and valuer, Mr. Sam Eboigbe, said the proposed bridge construction is, in no small way, redefining real estate investment decisions, culminating in robust activities in certain locations along the corridor of the proposed road project.

Eboigbe, who was the former chairman, NIESV’s faculty of estate agency and marketing, explained that recent analysis of real estate deals in locations such as Ajah and Abraham Adesanya end of the lekki Epe road revealed that the corridor is becoming heavily attractive to different shades of investors as the commercial land offerings have gone as high as N120 million per square metre.

“According to him, it appears that the current lull in business activities as a result of the global economic downturn has no serious negative impact on real estate activities in these locations, adding that it is completely in order, to say that these locations would continue to witness rising rental and capital property values.

He added, “Abraham Adesanya estate for instance has fresh offerings for bungalows going for about N1 million per annum.

“It is further expected that the Lekki-Epe corridor in view of the on-going expansion work on the road taking cognisance of the huge concentration of facilities such as, Lekki Free Trade Zone, sea port, refinery among others, would continue to witness increase real estate activities.”