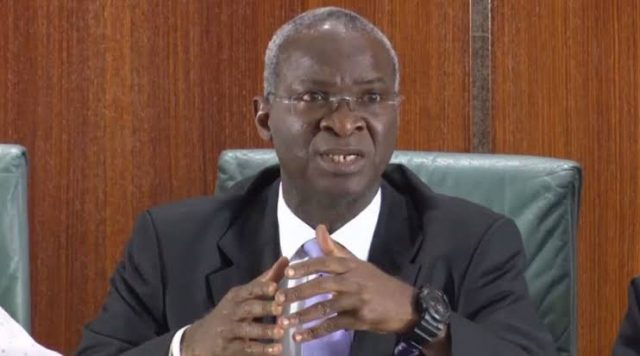 Some stakeholders in the power sector have urged the Federal Government to review the power contracts agreement with the owners of the distribution and generation companies.

They spoke to journalists in Lagos on Thursday against the backdrop of the company’s inability to meet the demand of its customers in the last five years.

Chris Okonkwo, the President General Senior Staff Association of Electricity and Allied Companies (SSAEAC) said that there was need for government to review compliance of contracts with the Discos and Gencos to meet expectations.

Okonkwo said that the companies’ purchase sales agreements should also be reviewed, while sanction clauses applied where necessary.

He, however, added that otherwise, sustainability of power supply would be endangered since government was erroneously propping up the companies with intervention funds.

He said: “Regrettably, this is an irony which raises questions, if it was right for government to sponsor private companies using tax payers’ or public funds.

“Government should have the will and sincerity to confront the promoters of the failed companies who are powerful men and women, without fear or favour.

“Privatisation fell short of expectations in all areas, including in improvement, efficiency and reliability. Efficiency is still below pre-privatisation time and does not justify the policy.

“Efficiency of service is still very low. In fact, capacity of the companies is in doubt. All indices of performance are all below expectations and undertakings given by the companies.’’

Okonkwo said: “I advocate legal review and action against the companies in line with the terms of the contracts. Arbitrary withdrawal is not necessary since there are more facts to deal with them without liabilities.

“For instance, Discos are returning money for just 30 per cent of electricity generated while Gencos are lying about their capacities and making false claims with it.

“They are living on government money,’’ he said.

According to Bosah, estimated billing is worrisome and a challenge for consumers.

“You sell electricity without a scientific form of measurement and the Discos are not interested in issuing prepaid meters because it is far more profitable to continue the regime of estimated billing.

“The DISCOs will only be ready to issue prepaid meters unless the tariff is hiked so high that consumers pay so much despite poor supply.

“The Nigerian Electricity Regulatory Commission (NERC) is also collaborating with the DISCOs to achieve this unfair pricing considering on the periodic hikes in tariff without any tangible improvement in electricity supply.

“Despite the huge investment of over 16 billion dollars since 2005, many residents and communities are placed on gross darkness.

Ogunleye Biodun, the Managing Director, PowerCap Nig. Ltd., said that government needed to continually revalidate the strategies in ensuring efficiency in the power sector and apply corrective steps where required.

Biodun said that government also needed to get out of the market completely, adding that certain agencies which were currently constituted are creating more problems.

He said that templates for pricing, market rules and payments must be respected and enforced.

According to him, the bedrock of the privatisation exercise is to attract investments and encourage growth by creating a market-led environment in which power is competitively produced and delivered at fair prices to end users.

“The steps were successfully executed to a large extent, but certain changes in the design may be giving room for operators not to be as accountable and profitable as envisaged at conception.

“Firstly, government should not have more than TCN and NERC while the role of any other organ or agency in the sector might be wasteful and out of sync with the objectives.

“The program envisaged largely a connected grid supply driven environment, but as it stands the sector needs to adjust itself to the reality that off-grid supplies cannot be neglected again.

“The Multi-Year-Tariff–Order (MYTO) driving pricing mechanism should be allowed to be truly cost reflective.

“The need for competitively sourced additional generation capacity to assure longer availability and strengthen the grid can no longer be over emphasised.

“Discos must consciously engage in ensuring that last mile investments are positioned for metering and embedded supply to assure longer availability and stability,’’ he added.

However, the General Manager, Corporate Communications, Eko Electricity Distribution Company (EKEDC), Godwin Idemudia said that over 100,000 customers had been metered by the company.

Idemudia said that the company had also embarked on installation of 200,000 meters pending the implementation of the Meter Asset Providers Regulations which EKEDC had complied with to the latter.

He said that this would significantly reduce the metering gap within the EKEDC’s operational network.

“We have increased customer resolution; the company had spent over N200 million on extensive training of EKEDC personnel to improve their performance.

“We have also invested on information technology and electricity equipment’s among several ongoing efforts,’’ he said.

Similarly, Sunday Oduntan, spokesman of the Association of Nigerian Electricity Distributors (ANED), recently urged government to implement a cost reflective tariff, create a special intervention fund and pay all the MDAs debts promptly to ease liquidity in the sector.

He said the DisCos have reduced customers metering gap by 2.2 million since the power sector was privatised in 2013.

Oduntan said that the private investors met a 5 million metering gap in the sector, when they took over in 2013 and reduced the gap.