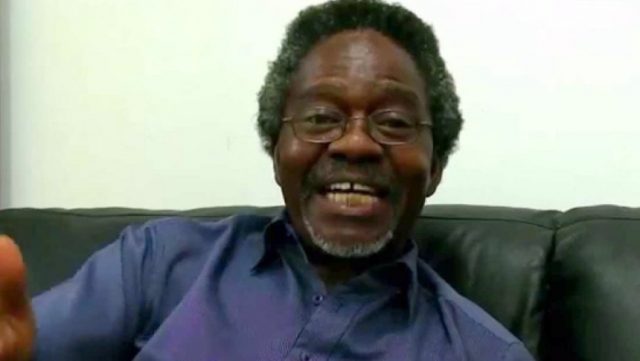 Despite the good scores that the Federal Government gave itself on power generation in Nigeria, a Professor of Law, Akin Oyebode says power generation has not recorded improvement because Nigeria is not serious about it.

The Professor said this while answering questions about the state of the nation on Channels Television’s special programme – The Forum – to mark the Democracy Day celebration.

Earlier in his democracy day speech, the President had stated some of the achievements in the power sector saying it has expanded its capacity for power generation from 5000 to over 7000 megawatts which according to him is the highest recorded so far.

He also said that as a result, citizens now make less use of generators.

Oyebode, however, added that the power generation capacity is far from what is expected of the nation compared to South Africa which according to him, produces about 44,000 megawatts.

“I now live in Lekki and where I live, I’ve been without power. I’m one week old in Lekki and I said: so it’s true that the rich also cry.

“Quite sincerely, we’re talking of 5000 megawatts, 7000, South Africa used to have 44,000 and still counting so we’re not serious – except and unless we complete the Manbilla works and the other efforts by the Government to increase power and then put in place transmission facilities to make power readily available – most people will still survive by personal generators,” he said.

In 2015 when the Buhari Government came into power, it rode on the mantra of change and while it has continued to uphold that mantra, Professor Oyebode believes that the more things appear to change, the more they appear to stay the same.

For him, the nation is yet to witness any drastic change.

“We’ve had a lot of rhetoric on change but it’s just more of the same.

“Nigeria has not changed drastically from what it used to be, despite all the flowering and rhetoric about change. So for me, I think there is continuity in governance and radical transformation is yet to occur.