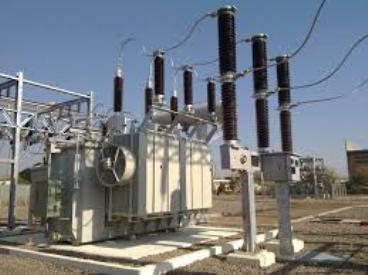 The Coalition of South East Youth Leaders (COSEYL) has threatened to drag the Enugu Electricity Distribution Company (EEDC) to court for alleged inefficiency and failure to provide prepaid meters to its customers in the zone.

The group issued the threat in a statement signed by its President-General, Chief Goodluck Ibem, and made available to newsmen in Aba on Friday.

Ibem recalled that the National Electricity Regulatory Commission (NERC) “gave June 2017 as deadline for EEDC to provide prepaid meters to all its customers in the zone.”

He regretted that up untill now, the company had yet to comply with the NERC order, instead it had continued to bill its customers on estimation.

He alleged that the few meters the company supplied were sub-standard and did not meet the international standard recommended by NERC.

“They have continued to give customers estimated billings and forcing people to pay or risk disconnection.

“This is a fraud,” Ibem said, adding that “the way and manner the company harasses and intimidates customers also leave much to be desired.”

He charged EEDC to leave the zone for a more competent and efficient company to take over, having allegedly failed to live up to its mandate to distribute power to boost industrial growth in the zone.

“If after seven days EEDC did not leave the zone, we will stage a two-million man protest march against the company in all the five states in the zone.

“We will also go to court if need be to enforce our rights and privileges,” Ibem said.

He said that the epileptic power supply had slowed down industrial growth in the zone, while many industries had been forced to relocate out of the area.

The group also accused EEDC of violating customers’ right by allegedly confiscating and selling their electric cables after disconnecting them for alleged default in payment of estimated bills.

It stated: “The recent suspension and disconnection of EEDC from the national power grid by Transmission Company of Nigeria (TCN) as a market operator based on market rules 45.3.9 , 45.3.12 and 45.3.13 clearly shows that EEDC didn’t come to render service to the people but to extort money from them.

“There is no where in the world where electricity consumers are harassed with impunity to pay for electricity bills based on estimation.

“There is nowhere in the world where electricity consumers are made to buy poles, transformers and other accessories by themselves after which they still get billed for power not consumed.

It urged TNC to immediately resolve the problem of epileptic power supply in the zone to enable industries, companies and businesses to bounce back.

Efforts made to get the reaction of the company’s Head of Communications, Mr Emeka Ezeh, over the group’s threat were unsuccessful as he could not pick calls made to his cellphone.