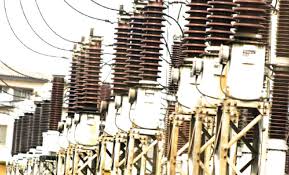 Electricity distribution companies have quietly increased the tariff payable by power consumers across the country.

Although most of the Discos did not make this public, electricity users have kicked against the move, describing it as “a perfect robbery” amidst the harsh economic realities in Nigeria currently.

Reacting to the price hike, a resident of a Lagos highbrow estate, Mr. Oye Sola, lamented the increase while having an interview with a newspaper, Punch.

He said, “Electricity tariff is now N72.2 per unit. Another price hike from N66; I suspect they are going to N100. A higher price for poorer services.

Another customer of Ikeja Disco identified as Ola Busari said, “They are just milking us. This is a perfect robbery. Discos need to be checked.

Another Lagos resident named Olojede said, “They increased prices without informing us. There was no official communication to us as our estate representatives.” However, the Nigerian Electricity Regulatory Commission, in its Multi-Year Tariff Order, provides a 15-year tariff path for the Nigeria Electricity Supply Industry with limited minor reviews each year.

It states that reviews are in the light of changes in a limited number of parameters such as inflation, interest rates, exchange rates and generation capacity, and major reviews every five years when all of the inputs were reviewed with the stakeholders.

NERC, however, did not announce the latest hike in tariff, which a power distribution company attributed to the regulator on Wednesday.

A Twitter user, Oyibo Ediri, accused the Abuja Electricity Distribution Company of quietly increasing the tariff in December, alleging that the firm raised the rate for non-maximum demand customers by N12.65.

“AEDC has quietly increased the cost of electricity. Cost increased from N57.55 in December to N68.2 for tariff band A non-MD. No official statement from @aedcelectricity or @NERCNG on the increase. These people won’t stop to fleece us,” the Twitter user stated.

Replying to the tweet, the AEDC, via its official Twitter handle, @aedcelectricity, explained that the tariff hike was based on the order of NERC.

“Good day, please be informed that the increase in Tariff is in compliance with NERC order,” the Disco stated.

Also, reacting to the response of AEDC, Ediri asked the power firm to provide the current rates approved by the NERC.