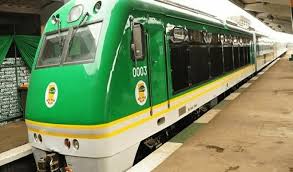 The high rate of insecurity including kidnappings of road passengers in the country also makes rail transportation imperative. For example, in 2019, there were at least nine kidnapping-for-ransom incidents along the Abuja-Kaduna road.

The 186km Abuja-Kaduna rail line, which is is one of the first standard gauge railway modernisation projects undertaken in Africa’s most populous country, is therefore an important, albeit belated, intervention.

Built by China Civil and Engineering Construction Company (CCECC) at the cost of $876 million, the standard gauge line connects Abuja with Kaduna, enabling faster movement of goods and people between the two cities.

The operations of the rail line was flagged off by President Muhammadu Buhari in July 2016. However, since it commenced full commercial operation, the rail line has faced several hiccups to the chagrin of many commuters.

Despite a N900 million e-ticketing platform launched recently by the Federal Government, the problem of ticket racketeering has persisted as unscrupulous officials of the Nigerian Railway Corporation (NRC) connive with touts to hoard tickets in order to fleece hapless passengers.

The frequent breakdown of the train service, sometimes in the middle of the night and for long hours unnecessarily exposes passengers and has become a source of concern to the passengers and their families.

The most recent incident happened on June 28, 2021 when passengers were stranded in the bush after the train developed fault twice minutes after leaving the Rigasa station in Kaduna.

An obviously frustrated passenger on the train, said, “I left my house as early as 5 a.m. to join the 6:40 a.m. train but unfortunately I have been trapped here in this forest. This is not the first time I will be experiencing this mess.”

“This is unfortunate. On Saturday, we spent five hours from Abuja to Kaduna. We left Abuja at 6 p.m. but we did not get to Kaduna until 11 p.m.,” another passenger lamented.

NRC Managing Director, Fidelis Okhiria, who confirmed the incident attributed it to “engine failure”. It took the NRC several hours to send a “relief engine” to move the passengers, many of who missed their appointments or reported to work late, as a result.

Indeed, it is worrisome that the new locomotives acquired by the Federal Government at such high cost are failing.

The Federal Government must now take the bull by the horn and address the shortcomings of the rail service.

CCECC must be held accountable and compelled to replace all substandard locomotives that they might have deployed to Nigeria. There must also be competent engineers on all train services to ensure that breakdowns are promptly addressed.

In addition to these, NRC must be ready to deploy “relief engines” immediately the one in service breaks down.

The issue of ticket racketeering must be promptly addressed so as to ease the stress passengers go through to acquire tickets for their trips. The best means of achieving this is to enforce the operations of the electronic ticketing platform acquired by the government. Government has the powers of coercion to make it work. Better still, the platform can be concessioned to the private sector to manage. shipandports reports.