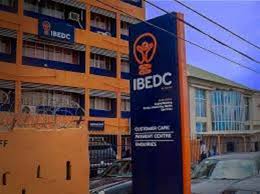 The Osun State House of Assembly has passed a motion to summon the Managing Director of the Ibadan Electricity Distribution Company (IBEDC), the Nigerian Electricity Regulation Commission (NERC) and the Federal Competition and Consumer Protection Commission (FCCPC) over the power outage in Ife North local Government Council of Osun State.

The motion was moved by Tunde Lekan Olatunji, the lawmaker representing Ife North State Constituency in the House of Assembly.

He disclosed that six major communities in the council are experiencing electricity blackout for the past four months due to a faulty transformer.

Moving the motion during Plenary, the Chief Whip of the Assembly, Olatunji stated that it became necessary towards finding a lasting solution to the total system collapse of the 7.5MVA electricity power substation in his constituency.

According to the lawmaker, “I moved a motion on the Power outage in Ife North State Constituency and the poor responsiveness of the electricity service provider as a matter of urgent public importance at the plenary today.

“I reiterated the untold hardship the power outage has brought on our people and the poor and unacceptable responsiveness of the distribution company to our plight despite several efforts and engagements with the company on how to repair the faulty equipment and restore light.”

While emphasising the importance of electricity as an essential public utility that every citizens deserved to enjoy, he accused the distribution company, IBEDC of poor service delivery which had left several communities in the local government frustrated and resorting to self help.

He added that despite the takeover of electricity distribution by private companies, they were only interested in billing and collection of tariff and not the provision or repair of the equipments they need to generate the tariff.

“It is indeed a major milestone towards restoring electricity in Ife North State constituency and addressing the unsatisfactory attitude of the electricity distribution company to the citizens of our State,” he said.