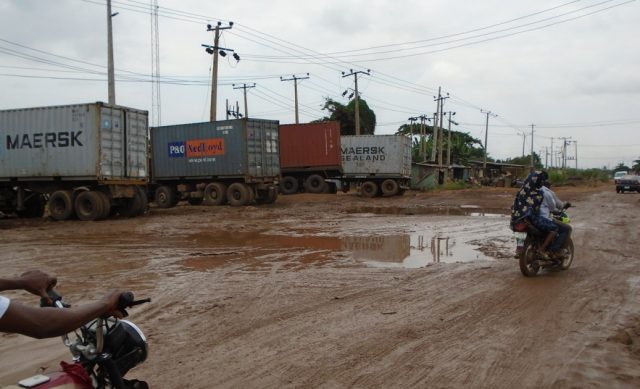 The National Union of Road Transport Workers NURTW in Ifo, Ogun, has appealed to the state government to repair bad roads in the state in order to reduce road accidents.

Mr Sodipo Kolawole, the Vice-Chairman of the branch, made the appeal in an interview with journalists in Ota, Ogun, on Sunday.

Kolawole said that most of the bad roads were death traps for motorists.

He said that the deplorable state of the roads had contributed to the carnages on the highways.

“The bad roads damage our vehicles and make us to constantly spend money in repairing them.

“This development also makes our vehicles to be in poor condition and ever in need of repair,’’ he said.

The NURTW boss, however, urged the Federal Government and states to redouble efforts in fixing bad roads to make them motorable.

He also appealed to the Federal Road Safety Commission, Ogun State Traffic Compliance and Enforcement Corps and the police to perform their roles diligently toward making the highways safe for users.