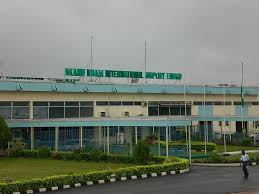 No passenger travelled through six Nigerian international airport wings from January to December 2020.

Acccording to Punch, although,  no passenger used the international wings of these airports according to the air traffic movement data at Nigerian airports in 2020, their domestic wings witnessed passenger movements.

The traffic movement was due to the harsh global economic climate caused by the outbreak of the COVID-19 pandemic.

“For most people who travel overseas, travelling now comes with so many hassles. So, if it is not important, people don’t go, as most meetings are now done virtually,” Nwokoma said.

“That is why zoom and other similar apps are making so much money now. And, of course, you know what it takes to travel now, you have to do various COVID-19 tests.

“Moreover, many people travel because of tourism. But COVID-19 has really caused a lot of issues and that is why the figures are really down.”

He added that this affected revenues of airlines as monster of them were currently in the negative.