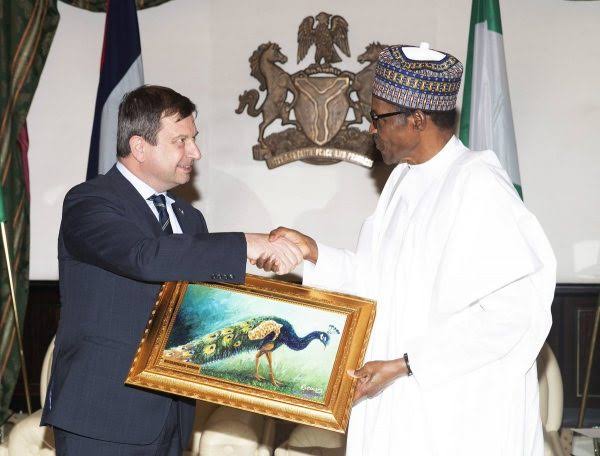 President Muhammadu Buhari has expressed dismay that Nigeria’s “infrastructure went to rot completely between 1999 and 2014” in spite of the huge resources at the disposal of the country at the time.

Buhari stated this when he received the outgoing British High Commissioner to Nigeria, Paul Arkwright, in a farewell audience at the State House, Abuja.

He maintained that his administration was doing a lot more in the area of infrastructural development across the country with insufficient resources at its disposal.

“Our focus now is on infrastructure – roads, railway, power, and others. How I wish we had fixed all those when we had money.

“What we earned between 1999 and 2014 is on record, but nothing was done to infrastructure. Now, we are doing a lot more, with a lot less resources. And we shall continue to do our best,’’ he said.

He commended the outgoing High Commissioner for his warm and pleasant disposition, saying that it had seen him traverse almost the entire country.

“I always see you all over the place,” the President noted.

Arkwright, who spent more than three years in Nigeria, said he visited 30 of the 36 states of the federation, and found the people quite enterprising and engaging.

According to him, the British government will be glad to offer a helping hand as required in any part of the country.

He expressed gratitude to Buhari for his support, saying that the relations between the two countries had improved tremendously over the past three years.