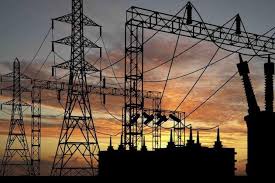 A new World Bank report says Nigeria now has the highest percentage of population without access to electricity globally.

With this new development, the African most populous county now overtakes the Democratic Republic of Congo.

The World Bank officials in a virtual engagement with reporters in Abuja on the Power Sector Recovery Programme (PSRP) said 25 per cent of Nigeria’s population do not have access to electricity supply.

Acccording to the global financial institution,  many of the over 200 million Nigerian population with access to electricity have been experiencing blackout  for years.

“Nigeria now has the largest number of unelectrified people globally, and the trend is worsening; of the electrified, the supply is very unreliable with widespread blackouts,” it said.

Although, the bank acknowledged that the electricity supply had risen from 1.1 per cent yearly since 2010 but slowly compared to the growing pace of the population.with hree per cent  growth annually.

“Nigeria now has 25 per cent more unelectrified people than the second most unelectrified country (DRC – in absolute terms). For the bottom, 40 per cent of the population (mostly rural), access to grid electricity is even lower at about 31 per cent nationwide. Regionally, only South-West has access of over 50 per cent (except Kano),” it said.

In his speech, Ashish Khanna, the WBG Practice Manager, West, and Central Africa Energy, noted, “The power sector is operationally inefficient with unreliable supply exacerbated by high losses and lack of payment discipline.”

Acccording to him, many businesses had lost their prospects due to the erratic power supply in Africa’s most populous country.

“Businesses in Nigeria lose about $29 billion annually because of unreliable electricity while Nigerian utilities get paid for only a half of electricity they receive,” he added.

It said that  80 per cent of Nigerians connected to grid have less than six hours of electricity daily,