Home Electricity Nigeria has not generated 6000 megawatts since independence- ANED 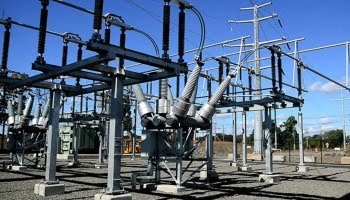 Since 1960 when Nigeria attained independence till date, Africa’s most populous nation has not generated up to 6000 megawatts (mw) of electricity, the Association of Nigerian Electricity Distributors (ANED) has said.

The Executive Director, Research and Advocacy, ANED, an umbrella body of power distribution companies (Discos), Mr. Sunday Oduntan, disclosed this in Lagos at a one-day workshop for energy reporters and civil society groups.The workshop centred on the topic: “Building Consumer Awareness and Strengthening the Customer Service Capacity Of Electricity Distribution Companies”, and was organised by ANED in partnership with McArthur Foundation.

Oduntan, who stated that Nigeria would require 200,000mw of power generation to meet the electricity need of its 200 million citizens, added that going by international standards, 1,000mw was needed to serve one million people.

Of Nigeria’s 13,000mw of installed generation capacity, only 3,500mw to 5,000MW was available for transmission to the final consumers.With 28 generating plants connected to the national power grid, many suffer from recurrent challenges such as maintenance and repair requirements, trips, faults and leakages that make them unavailable for evacuation to the national grid sometimes.

Also, gas supply shortages caused by the inability of generation companies to pay for gas, sub-optimal gas pricing, as well as the vandalisation of gas transportation facilities leading to shutdown of gas plants were among the many impediments to power generation in the country.

“Since 1960, the country has not generated up to 6,000mw of electricity thus creating a huge gap in service delivery in the system.“There are 28 power generation companies in Nigeria which comprise three hydro powered stations and 25 thermal stations currently operating below capacity and collectively generating an average of about 4,000 megawatts,” Oduntan said.

Expressing dissatisfaction with the performance of the government-controlled and centralised Transmission Company of Nigeria (TCN), which has been notorious for witnessing unending collapse of its grid with attendant nation-wide blackout, the ANED spokesman advised the federal government to hand over TCN to capable private people that can operate and manage it better.

Noting that TCN has contributed to the poor performance of the sector, he warned that failure to privatise the company would keep Nigeria perpetually experiencing power supply disruptions with attendant negative impact on homes and businesses.

Oduntan also criticised TCN for not having Supervisory Control and Data Acquisition (SCADA) since all these years of its operations, arguing that that was the reason it was hard for the company to discover faults seamlessly and in real-time from its office without someone physically reporting faults on its networks to itSCADA is a digitalised system that enables prompt and more efficient monitoring of all activities on the networks and resolves issues detected on time.

He, however, exonerated the Discos for their inability to pay for electricity purchased from the Gencos, blaming that on what he described as energy dumping and in most cases inadequate supply to meet customer requirements.He said the non-implementation of cost-reflective tariff in the power sector was a major impediment to the development of the sector and achieving steady power supply to customers nation-wide.

Arguing that achieving 24 hour power supply in the country was possible and had been tested and proven, Oduntan cited the ongoing premium power arrangement between some Discos and some franchise areas, like Ikeja GRA and Magodo in Lagos, where residents are enjoying steady power supply because of their readiness to pay the right price for electricity.