Home Electricity NERC explains why it took over five DisCos 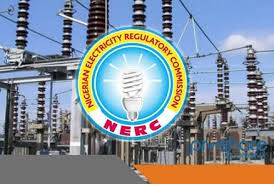 The federal government has explained that it took over five electricity distribution companies so as to stabilise the power sector and make the industry market more functional.

In his presentation at the Fifth National Council on Power (NACOP), in Abuja, General Manager, Market Competitions and Rate, Nigerian Electricity Regulatory Commission (NERC), Shafudeen Mahmood, said that the DisCos which were taken over could not meet the required conditions set to activate the market.

The commission stated that the Transmission Company of Nigeria (TCN) had had its fair share of challenges.

Besides, it lacks functional grid management and it has a fragile grid network and always has delay in project execution.

However, countering his assertion, Managing Director and Chief Executive Officer (CEO) of TCN, Engineer Sule Ahmed Abdulaziz said that TCN has made significant improvements in the grid, through its Nigeria Electricity Grid Maintenance, Expansion, and Rehabilitation Programme (NEGMERP).

Under the NEGMERP, he stated, new substations such as 2x60MVA, 132/33KV substations at Gagarawa, Wudil, Ukpilla, Daura, Awka, and Bichi Mobile Station were all completed.

“A lot of old substations have been reinforced with new transformers and associated switchgear, the recent ones being the installation of 60 MVA in Itire (Lagos State) and 150 MWA in Aiyede (Oyo State November 2022). Old transmission lines are also being reconductored. I would like to mention, in particular, the Abuja Ring Fence Project which is at the advanced stage of completion. The project is bringing in five new substations (one fully completed at Dawaki) to the city of Abuja and creating the third 330kV infeed to the city via the Lafia 330kV station in Nassarawa. The project also consists of new lines to connect the new stations to themselves and existing stations in the Abuja Metropolitan area. These will ensure that the capital city has adequate redundancies in supply sources and sufficient transmission delivery capacity for the next 30 years” he explained, insisting that TCN has also made remarkable progress in transmission lines maintenance and vegetation under the lines are being cleared constantly to prevent unnecessary faults caused by vegetation. This, the MD, explained, has helped in reducing downtime.

“Recently, TCN took delivery of twenty-two brand new power transformers; spare parts and other critical equipment which were delivered to TCN Central Store in Ojo, Lagos State. The stockpile of equipment in the store is the highest of such in the history of TCN,” Abdulaziz said.