Home Transport National Airline to take off next year- Sirika 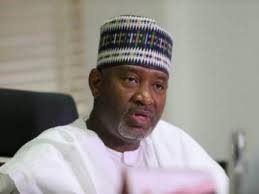 Minister of Aviation, Senator Hadi Sirika, has assured.thst , the Nigerian national airliner should be in full operation by the first quarter of 2022, .

He said this while fieldingquestions from State House Correspondents on Wednesday, after the post-Federal Executive Council (FEC) meeting, held in the Presidential Villa,

Acccording to him, aviation ministry would be submitting a fine-tuned proposal for the project to the Council in the next two weeks.

He lamented that t that the outbreak of COVID-19 hampered the plans as well as take-off of the project.

“In this 2021, we’ll try to do all the needful and probably we intend to start operations somewhere around first quarter 2022. It is still in top gear, we are coming back to Council, hopefully within the next two weeks, to present the memo on the national carrier.

“It was our intention to have a national carrier running in 2021, which is this year, unfortunately due to COVID, which took the greater part of last year, since March last year, activities are almost impossible. This in itself, though negatively affected civil aviation in terms of the establishment of the national carrier, it makes it much better time to establish the carrier than before.

“Of course, for obvious reasons, we now have access to equipment, that they will come faster to us, deliveries of the aircrafts will be faster, perhaps even the rates might be cheaper and so on, and so forth.

“So, we’ll go to Council on that and then we’ll further brief you, but it’s on top gear and we need it more than yesterday. The COVID-19 has exposed the nation, that the lack of having a very strong, viable airline is bad for the economy of Nigeria, and for any country for that matter. His ministry, Tourism, for example, is badly affected by lack of its presence.

“Finally, it’s to just say that Nigeria is the best candidate to have an airline; 200 million mobile people that travel, sometimes almost for nothing; sitting within the West African subregion, 400 million people; contiguous with Central Africa, 600 million people, twice the population of the US, equal to the population of the entire continental Europe; at the centre of Africa, Nigeria; equal distance from all locations; rising middle class, proficiency to fly is high. Nigeria is the best candidate for a very robust carrier,” Sirika explained.