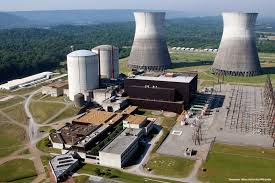 The National Assembly, through its committee on power, has queried the Mambilla hydroelectric power project, describing it as a mirage that has continued to eat up the nation’s budget.

The lawmakers made this known when the Minister of Power, Abubakar Aliyu, appeared before the joint Committee of the Senate and House of Representatives on Power to defend the 2023 budget.

The chairman of the Senate Committee, Gabriel Suswam, while raising concerns over the situation at Mambilla Power Project, said that the project is a mirage as far as National is concerned because money has been budgeted year in and year out and there is nothing on the ground.

According to him, there is nothing to show for it despite the money that has been provided in yearly budgets.

He said, “The Mambilla power project has become a mirage to us at the National Assembly and to Nigerians. Monies are provided with the year in and year out, but nothing is certain about Mambilla.

“The initial scope of the project was slightly over 3,000 megawatts. There were issues, and we were told that it was going to be rescoped. Even the re-scoping of the project has not been done.

“So in essence, it means that there is no project that is on the ground like Mambilla. It’s all about talk and lip service. That is why we are concerned about the money that is provided for consultancy and the money used for the training of staff that was supposed to be used if Mambilla was in place. Why provide monies all these years when nothing is actually on the ground.”

However, Suswam said his committee has directed the Minister of Power to ask the ministry’s permanent secretary and other desk officers to appear before it to explain how the yearly budgetary allocations for Mambila have been utilised.