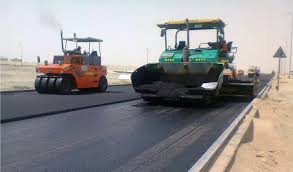 The Deputy Minority Leader of the House of Representatives, Toby Okechukwu, has lamented that solution to the problem of bad roads may not end soon unless the issues of funding and governance are solved.

Okechukwu noted that suspension of the award of new road contracts, as suggested by the Minister of Works and Housing, Babatunde Fashola (SAN), could give the Federal Government some respite.

He, however, said the Federal Government would still need about N7.4tn to complete ongoing 854 highway and bridge projects across the country, which the N200bn average annual budgetary appropriation to the ministry could not defray.

The lawmaker stated this on Television Continental, where he gave insights on the National Roads Fund Bill and Federal Roads Bill, which he sponsored and were recently passed by the National Assembly and transmitted to the President, Major General Muhammadu Buhari (retd.), for assent.

Okechukwu said, “Our problem is revenue, not the number of roads. People have to get to their destinations or homes. So, we have to build roads. If you say stop awarding road contracts as proposed by the minister, I agree, but you will still need over N7.4tn to finish already existing contracts. So, even if you stop awarding contracts, you still cannot finish the roads or pay your debts relying on N200bn per annum budgetary allocation.

“You can’t finish it in 20 years. As a ministry that has over N7tn contractual commitments but gets N200bn annually, with an outstanding liability of about N420bn, you need some extra help.

“So, the National Roads Fund will deal with the sustainable funding of the roads because the annual budgetary interventions are inadequate. It will serve as a repository of funds you can charge from road users, including tolling and weighing bridges. It becomes a fund that will be used for the maintenance of roads. So, the annual budgetary allocation becomes an intervention, not the main source of road maintenance.

“The Federal Roads Bill, on its part, deals with the framework for sustainable development of roads.”

Speaking on the issues with Nigerian roads, Okechukwu said, “Contrary to what Nigerians easily think, the state of our roads does not depend on who is President or who is occupying any positions.

“The East-West Road could not be done in spite of the fact that it leads to Otuoke (the hometown of former President Goodluck Jonathan); and it is still a major concern. If you move from Lagos to Abeokuta, you’ll find out that the roads are deplorable. Then, look at the Enugu-Port Harcourt and Enugu-Onitsha roads; they are in a very poor state. From Abuja to Lokoja and down to Ajaokuta is the same.

“You have witnessed protests on the state of federal roads in Niger State and we have also witnessed recent protests over the state of the East-West Road. So, past presidents could not help themselves. The present President can’t help himself. And the incoming President will still not be able to help himself, unless we find avenues to address the challenges. And the avenue is the assent to these bills. The funds are simply not enough and the roads are in a bad state; and I can tell you, if we continue in this same way or model, for the next 10 years, nothing will change.”