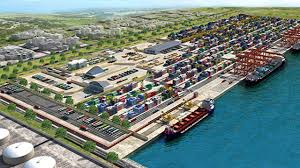 Lekki Port LFTZ Enterprise Limited has announced the appointment of Laurence Smith as its chief operating officer with effect from October 15.

According to a statement by the firm, Smith would lead efforts in collaboration with the Executive Management of Lekki Port, the EPC contractor, China Harbour Engineering LFTZ Enterprise and the Container Terminal Operator, Lekki Freeport Terminal, to get Lekki Port ready to start port operations before the end of 2022.

The company said Smith would join the Lekki Port with over 20 years’ experience in the maritime industry during which he held strategic positions in different organisations ranging from day-to-day management of terminals, quality assurance, health and safety and strategic deployment of labour.

It added that as operations manager for DP World Limassol in Cyprus between 2018 and 2020, Smith was responsible for restructuring of the company’s operations department to meet the needs of the customer, whilst also reducing the fleet equipment rental costs.

During his time with APM Terminals Apapa as Chief Operating Officer, he oversaw the strategic landscape for the terminal, the statement said.

It added that in 2016, he worked as general manager, operations for INTELS where he introduced analytic measures to reduce cost inefficiencies of the organisation.

According to the company, Smith is well-grounded in port safety, having received an International Safety Certificate through NEBOSH, Shipandports reports.