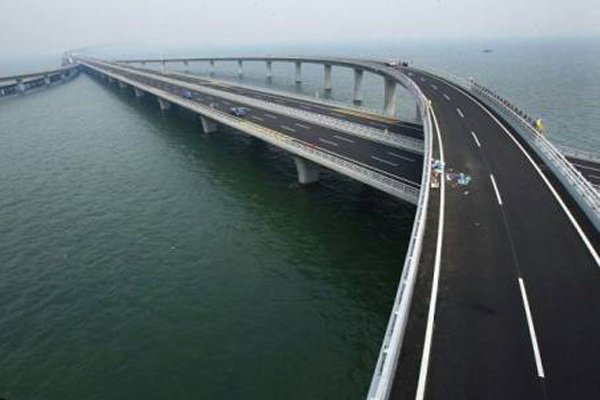 The Special Adviser to Governor Babajide Sanwo-Olu on Works and Infrastructure, Mrs. Aramide Adeyoye has pledged that the administration will make the Lagos 4th Mainland Bridge a reality.

She spoke at an online CovInspiration Show organised to mark the first year in office of Governor Sanwo-Olu.

Adeyoye said: “I can tell you we have begun to see the projects that Governor Babajide Sanwo-Olu and Dr. Obafemi Hamzat are putting together – projects like the 4th Mainland Bridge.

“I pray that it comes up alive! In December, we opened up bids and after evaluation, 31 people came up.”

“It will be my greatest joy when I see that project come alive even if it is not finished in this first four years.”

The special adviser said that the preferred bidder for the project would be made known soon.

According to her, the government is in the process of awarding contract for the regional road project that will be a relief to the residents along the Lekki Epe Expressway.

Speaking about Sanwo-Olu’s achievements in the last one year in works and infrastructure, Adeyoye said that the governor had done a lot through the Public Works Corporation (PWC).

“The Ojota Road is under construction, four roads will be inaugurated in Shomolu, Ladipo and Akinwunmi in Mushin.

“Epeme in Badagry, which is a six- kilometre road; this is a road that will boost the tourism potential in Lagos State.

“Also, 31 networks of roads in Ojokoro, all these roads were in the last one year either being inaugurated or to be inaugurated,” she said.

According to her, work is ongoing on Ijede Road in Ikorodu, while the Pen Cinema Bridge and Lagos-Badagry Expressway will be completed by July/September.

Adeyoye, however, urged residents to desist from throwing refuse in drainages and burning tyres on the road, saying it affects the durability of the roads.

On Abule-Egba-Oshodi Bus Rapid Transit (BRT) road, the special adviser said that contractors were working and that the project would be completed.

The host, Israel, had said that the decision to host the executive committee (exco) members on CovInspiration (Online) show was to ensure sustenance during COVID-19 partial lockdown.

Israel, a board member of the State Universal Basic Education Board (SUBEB), said that the show afforded exco members opportunity to stay in their comfort zones and speak with viewers.