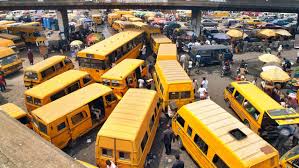 Lagos State is not phasing out yellow buses but modifying their operations to allow regulation of the sector.

He said: “It will be unfair to say we will kick out the yellow buses because we will only have unemployment and more problems. Our plan is that the drivers will be reformed, trained and asked to form cooperatives so they can come together and get financial incentives and also get buses and pay in installments.”

Oladeinde lamented the persistent traffic congestion in Apapa and environs despite the introduction of the Electronic-call up system.

He promised that the government would do more to restore sanity to the axis.

According to him, the state is building alternative seaports at Lekki and Badagry to permanently decongest Apapa and the environs of persistent gridlocks.

The Commissioner added that the government was in talks with the National Union of Petroleum and Natural Gas Workers (NUPENG) to absorb oil tanker drivers into the E-call up system.

He also lamented that funding was delaying repairs of the burnt Airport Flyover by Toyota, on the Apapa-Oshodi Expressway.

According to Oladeinde, the First and Last Mile (FMLM) buses will be introduced in May 2021 as part of the state’s Bus Reform Initiative to ease transportation hurdles.

Three hundred buses, with e-ticketing validation, have been procured for the first phase.

Other projects under the initiative are the ongoing construction of bus terminals at Abule-Egba, Ojota, Agege, Nacho and Ajah.

The state has also partnered an international firm to assemble 1,000 taxi cars under its ‘Lagos Ride’ scheme.

Oladeinde added the state has secured funding to complete the blue rail line from Mile 2 to Marina as part of efforts to reduce travel time, promote multi-modal transport and facilitate an intelligent transport system. The Nation.