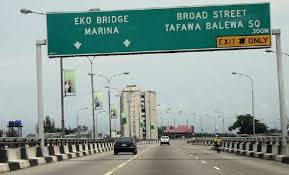 The Lagos State Government says it will start diverting traffic flow at Brewery and Ijora Level Crossing for construction from Sunday, 4 July to 1 August, 2021, a period of 28 days.

According to the state government, the development  is in line with the rail modernisation project (Lagos-Ibadan section) with extension to the Lagos Port Complex, Apapa.

The disclosure was made by the Lagos State Commissioner of Transportation, Dr. Frederic Oladeinde.

He stated that a counter flow will be created on the lane that is free when rehabilitation works is ongoing on the other, to enable motorists ply the route and reach their various destinations without much difficulty.

He called on road users to comply with the directives of the Lagos State Traffic Management Authority (LASTMA) to minimize inconveniences that may be experienced while the construction lasts.

“Lagos State Government is hereby appealing to residents of the state, especially motorists to cooperate fully with the interventions made available to ease traffic flow, as the project is aimed at achieving a seamless multimodal transport system that will provide viable options for movement and subsequently meet the transportation needs of a larger population,” he said.