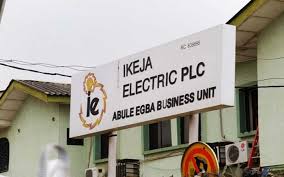 Members of Prestige Community Development Association (CDA) in Heritage Estate, Isuti Road, Egan-Igando, Lagos, have appealed to Eko Electricity Distribution Company (EKEDC), to fulfil its promise to the community by providing them with a transformer.

Since 2016, the community had been at the receiving end of low current supply and poor energy allocation to the entire Isuti area of Egan.

The community had first in a letter dated January 14, 2016 brought the problem to the notice of Ikeja Electric and expressed dissatisfaction over the low current and poor supply.

After several letters, visits to IE and interventions of the Nigerian Electricity Regulatory Commission (NERC) with reference no IFO/5283/2020, the body on July 15, 2020 in a letter with reference no IE/NMD/CE/CCO/1542500/2020, said the community had been listed alongside others for a relief transformer.

Ayoola, who is the chairman of the affected streets, said: “Despite different measures to improve the situation, such as load shedding , the problem persists. So, the problem started more than six years ago, the community has severally written letters and visited the Business Unit at Okota and IE headquarters at Ikeja. Our complaints were logged by the firm with these codes SR296152 in 2016, 436150 in 2017, 1534618 in 2020, and 1542500 in 2021.

“When engineers from IE came, they said the transformer was overloaded and they promised to provide us with a relief transformer. We immediately provided a place for it to be installed and they certified it, since then we have been on this matter.

“When they failed to provide the transformer, we approached the Lagos State Consumer Protection Agency (LASCOPA) for mediation. The first time we met IE at the agency, they told us we have been shortlisted for a transformer. The second time the agency called us in January 2022, the company revealed that they just got delivery of 120 transformers and they promised to give us one. But we didn’t hear from them.

“Again in May 2022, we met at LASCOPA and after much pressure from the General Manager, LASCOPA, Mr Solebo Afolabi, IE promised us two weeks. From that period till now, we have not heard from them again. We are suffering and there is no light. Whenever they bring light, it is either too low or we are cut off.

“Though IE has upgraded its substation at Igando, yet we are still suffering. The supply is too poor averaging two hours per week. The days when there is no electricity are more than days when we have supply. Yet they are charging us on estimated bills every month.”