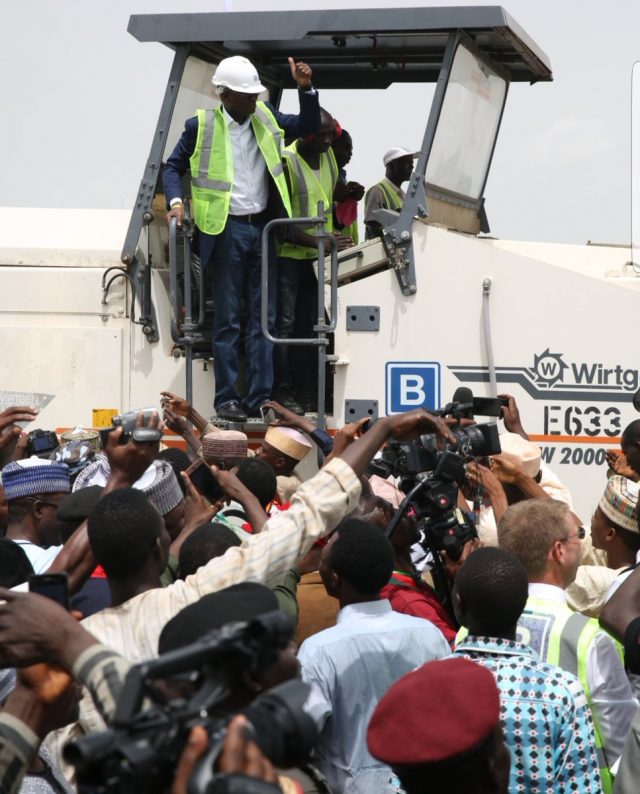 The Abuja-Kaduna-Zaria to Kano expressway reconstruction has been flagged off at a cost of N155.4 billion with Julius as the contractor to handle the crucial project

Shedding more light on the project during  the flag-off ceremony in Ciromawa, Kano State, Minister of Power, Works and Housing Babatunde Fashola note that the Federal Executive Council (FEC) gave approval for reconstruction of the expressway due to its strategic status as the major road linking the North and South of the country.

According to Fashola, reconstruction of the 375.4km expressway was awarded to Julius Berger with a completion period of 36 months.

Speaking on how it will be done, he said that the project would be executed simultaneously in three phases.

“There will be no reason to stop work for lack of funds as the President had assured us of that, the work will continue non-stop till we gathered here again to commission it,” he said.

The Emir of Kano, Muhammadu Sanusi II, commended the Federal Government on its decision to reconstruct the road, noting that  motorists has described it as death trap, due to its deplorable state.