Home Housing It is Difficult to Get Housing Permit in Lagos Than Oil License... 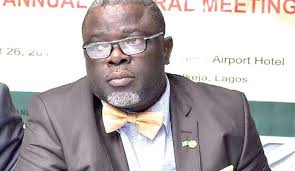 Over the years, the principal role of town planning authority is to develop quality urban designs and to ensure even development in all parts of Lagos metropolis.

Essentially, the town planning department is a major catalyst in bringing out the beauty of Lagos. Therefore, they are more like pivotal development partners in every state; most especially, when it has to do with a critical sector like the construction industry. This is so due to the multiplier effects the industry has on the economy, including job creation.

However, lots of developers in Lagos are currently complaining  bitterly  that they are facing multi facets frustrations under the administration of the Commissioner for Physical Planning and Urban Development, Dr Idris Okanla Salako, citing  unwholesome activities and corrupt practices allegedly going on in the department brazenly.

The stakeholder said “Due to the understanding of the sector, under the government of former Governor Babatunde Fashola; the physical planning department was pre-occupied with its core objectives;. It had a friendly outlook and had a robust relationship with all critical partners and developers.

“The relationship with major stakeholders under Ex-Governor Fashola was so solid in such a way that there used to be monthly stakeholders’ meeting and collection of data from developers with a view to ascertaining jobs creation and development.

“Also, under Fashola regime, quality development was the order of the day in the physical planning, and it  was emphasized as a core objective. This development mid-wifed Lagos State Building Control Agency, LASBCA and Lagos State Physical Planning Permit Authority, LASPPPA. These two agencies are saddled with the responsibility of ensuring quality control and uniform planning under Governor Fashola. The purpose of creating them was to speed up the approval processes of building permit.

He added that to ensure efficiency, * the administration ordered the two main agencies to be working on Saturdays. The synergy was so cordial in such a way that both the agencies and the stskeoilders learnt a lot from each other. The sole purpose was to make sure Lagos becomes beautiful and be a model to other states.

“When Fashola left in 2015 and the government of Akinwumi Ambode came on board, the template continued and tried to improving on what he met on ground.

The top stakeholder lanented that under the present governernt of Governor Babajide Sanwo-Olu, Salako-led administration has made things go awry in the physical planning department as a result of sharp practices, nepotism and desperation to generate funds by all means.

He said ” Under this administration, the man at the helm of affairs in the Lagos State Ministry of Physical Planning and Urban Development, Idris Salako, has made the town planning authority  abandon its core purpure of establishment. To the amazement of we stakeholders, Salako has made the  department to derail completely by introducing revenue as the core function of the ministry as against the main objectives of quality and development.

According to him, lots of construction players are  currently groaning under Salako-led administration because of the high degree of frustrations they are deliberately made to pass through so as to satisfy some selfish interests.

“To perpetrate their acts, the module operandi is to ensure that offices are increased and charge discretionary fees  Developers are charged high fees. If such developer can’t meet up in paying the fees, Salako would give room to negotiations. He would discount the fees. Even at that, the developer would soon part away with money. Failure to do so may backfire on the developer.

“In order to generate income, the Commissioner would  be sealing buildings indiscriminately, requesting for building permits. Even the developers that met up with the requirements were made to undergo series of frustrations by citing all forms of technicalities just to ensure they cough out money illegally,” he added.

The expert also revealed how some workers of the ministry used to invade the sites of developers who failed to “cooperate”.

“Like thugs, some workers would invade the construction sited in a Gestapo style, chased everybody out, and in some cases, arrested and dragged construction workers to court on ridiculous and trumpped-up charges.The purpose of thossy scenes is to instil fears in the minds of players in the construction industry,” he lamented.

He greatly lamented that the key stakeholders in the construction industry in Lagos are currently finding it difficult to breathe under Salako-led  team,; which, according to him has priotized mainly on personal income against the key objective of bringing out the beauty of Lagos State as the commercial capital of Nigeria.

He also noted that the absymsal failure of Salako’s is one of the factors responsible for the frequent rate of building collapse in Lagos.

Also speaking with our reporter, a staff of the ministry who does not want name to be mention because of the sensitive nature the matter said that they are told to  lure the developers  to pay money when the ministry actually know that they are not ready to grant you permit; and that money would never be refunded. He added that this is part of the strategies given to them to meet up with ‘revenue targets’

“This gives credence to reason under his leadership why collapsed buildings, staff low moral, nepotism have become order of the day under the Ministry. Even we staff are groaning, they can’t wait for him to end his tenure. Stakeholders can’t bear the yokes anymore being that despite the 7-day issuance of obtaining permit remains more difficult than collecting oil well permit under the Federal Governmen.

Lamenting further, the staff revealed that Salako would also ensure that third party consultants close to the ministry are used to package the documents of developers, noting that the motive is part of their endemic corrupt practices..

“The people enjoying Salako are the players with the same corrupt mindset who are ready to compromise and grease his pocket. That is one of the reasons why building are collapsing across Lagos because the structures are in variance with the total violation of required architectural designs,” the staff added.

As part of the duties of the media to investigate issues, the Infrastructurenews.ng has begun the audit of all defective buildings as they litter Lagos; and this will come out in our next publication.

We are also calling on Governor Babajide Sanwo-Olu to critically revise and evaluate the matter and get a third party assessment to ensure that allegations of woeful performance would not crop up in his second term. 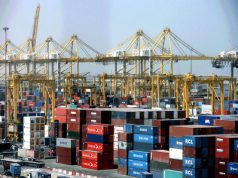 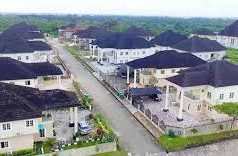 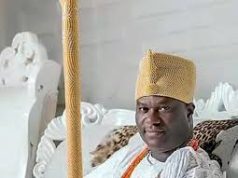