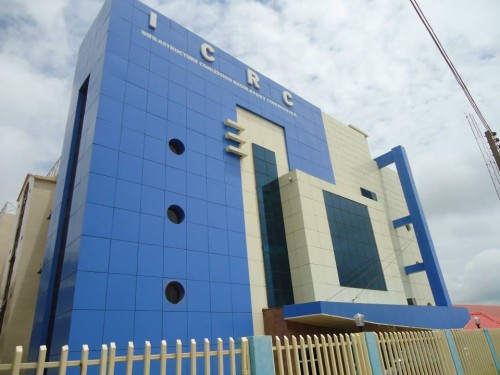 The Infrastructure Concession Regulatory Commission (ICRC), says the commission is delivering on its mandate of steering the nation away from total dependence on budgetary allocation through Private Public Partnership (PPP) concept.

The Acting Director-General of ICRC, Chidi Izuwah, said this in a statement on Tuesday in Abuja, while reiterating the mileage that ICRC had attained in its 10 years of existence.

According to Izuwah, the commission has more than 110 projects on the national development and procurement phase and national PPP pipeline which it is regulating.

He named some of the projects to include: the Lekki Deep Seaport, a modern facility that could handle 1.5 million, twenty-foot equivalent units (TEUs) per year, and provide berthing for larger vessels.

“The Warehouse in a Box (WIB) Project which seeks to provide an adequately-sized and effectively-maintained pharmaceutical grade central storage hub for donated public health commodities in Lagos and Abuja.

“Silos Concession, the Federal Ministry of Agriculture and Rural Development (FMA&RD) has received Federal Executive Council’s (FEC) approval to concession the Operation & Maintenance of 20 silo facilities across the country for better efficiency.

“The Federal Ministry of Powe, Work, and Housing (FMWPH) Rooftop Solar PPP is another big project.

“A private investor has been employed to develop, install and operate photovoltaic solar power at the Ministry’s office known as Power House,’’ he said.

Izuwah also named some notable milestone achieved by the commission to include, issuance of the National Policy on Public Private Partnership (N4P).

He listed others to include: establishment of PPP units in Ministries, Departments and Agencies (MDAs), inauguration of the Public Private Partnership Unit Consultative Forum (3PUCF).

According to him, ICRC launched the first ever PPP Contracts Information Disclosure Web Portal and championed the formation and establishment of the Nigerian Public Private Partnership Network (NPPPN).

In a bid to support the Ease of Doing Business in Nigeria policy of the President Muhammadu Buhari administration, he said the ICRC initiated steps aimed at mitigating the bottlenecks that impede the successful conclusion of PPP projects.

He said the commission sought and got approval from the Federal Government to discontinue the collection of Outline Business Case and Full Business Case Compliance Certification fees from October 2017.

The director-general said: “the commission was named “Africa Infrastructure Regulator of the Year’’ at the African Infrastructure (Ai) Investment Awards.