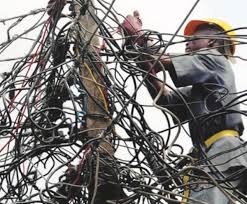 Alatise, Ilupeju and Ijaregbe communities in Ilesa and Obokun local government areas of Osun State have described their disconnection from the national grid by the Ibadan Electricity Distribution Company (IBEDC) as obnoxious, callous and wicked.

Residents of the communities in both local governments alleged that the IBEDC claimed they paid their bill payment into a wrong account.

While calling on the management of IBEDC to reconnect the affected communities to the national grid instead of using personnel of the Nigerian Army to disperse the peaceful protesters who matched to its Isokun, Ilesa Branch office on Friday, the Alatise community leader, Moroof Sanjo, said the three transformers serving the areas were procured by residents at 10 million Naira each.

According to him, “The transformers, each of which cost 10 million naira, were purchased by the customers. Each house contributed 65,000 Naira and also bought the controversial meter from IBEDC agents at 75,000 Naira. The IBEDC gave each consumer a month free electricity after which they have been loading credit through the smart prepaid cards, “ he stressed.

Moroof faulted the decision of the IBEDC management to punish the whole community instead of finding an amicable solution to the problem.

He also stressed that the use of force through the army was a violation of their fundamental human rights.

“Many of our people sustained various degrees of injuries, scampering for safety on sighting the soldiers. Does it mean that we don’t have the right to protest against injustice? Why would IBEDC disconnect us when discussions were ongoing to find a solution to the problem? All we care about now is for IBEDC to restore electricity to the areas because we have been exposed to robbery, during which a life was lost; there was also cable theft and kidnapping in the past when we suffered similar ill treatment from them,” he stated.

He noted that they protested to the Ilesa Area command of the police and the palace of the Owa Obokun of Ijesaland to seek redress.

In her response, Kikelomo Owoeye, Senior Communication Officer, IBEDC Osun Region stated that the company as a customer centric organisation was still investigating the claims by some members of Alatise, Ilupeju and Ijaregbe communities in Ilesa.

“In lieu of this, the Management of IBEDC frowns at the use of illicit meters in her network.

“The organization has made several disclaimers to this effect as the act of using such meters are termed to be an economic sabotage. Presently, there is a metering programme going on, MAP which customers can embrace and get metered within ten working days after payment.

“We urge all our esteemed customers and stakeholders to disregard any information claiming that IBEDC has authorized the sale and installation of Unistar meters within its franchise, other than the ones installed before 2014. Such a claim is false and aimed at misleading innocent customers.

“Kindly avoid any group or persons that are parading themselves as having legal backing to install meters without IBEDC consent.”