Home Transport How FG plans to use N126.53 billion allocated to transportation sector 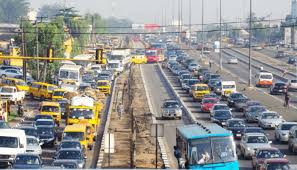 The federal government of Nigeria has proposed to allocate a total of N126.53 billion of its N20.51 trillion budget to the ministry of transportation, for the year 2023. The budget proposal, which cuts across departments and agencies under the ministry also has the usual provisions for capital and recurring expenditure.

As proposed, the ministry of transport is to spend N70.45 billion on capital projects, N18.01 billion on recurring (non-debt) expenses, and N30.07 billion on projects financed by multilateral and bilateral loans, according to a breakdown of the 2023 Appropriation Bill.

According to the budget details, out of the N20.45 billion allocated to the Nigerian Railway Corporation budget, the federal government has proposed spending a total of N4.3 billion on the purchase of trains as part of its efforts to expand railway access across the country.

The breakdown of the sector’s figure also indicates that the Ministry of Transportation headquarters got the sum of N93.66 billion, the National Inland Waterways Authority, NIWA, was allocated 5.397 billion, and, the Nigerian Institute of Transport was also allocated N4.69billion.

Others are Maritime Academy, Oron, which got N1.55 billion; Council for the Regulation Freight Forwarding in Nigeria had over N775 million.

The ministry is also to spend part of its allocation on the Anti-Corruption and Transparency Unit’s (ACTU) work to establish transparency, compliance, and ethics within the ministry and its agencies, achieve zero tolerance for corruption in the workplace, create a code of conduct, and monitor projects for which it is proposing N30 million.

N18 million was provided for the construction of identification and the installation of 30-kilometre speed limits on road signage in high-risk zones (quarterly), while N10 billion was appropriated for railroad modernization. Business Day reports.