Home Housing Housing sector in trouble as price of cement, others soar 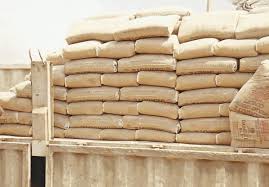 Another increase in prices of cement, iron bar and other building components was made recently, which could become stumbling block for low-cost housing in the country.

The Guardian gathered that the high cost of building materials has affected house affordability and housing projects, leading to variations in costs.

For instance, the price of cement has increased to about 20 per cent between March and April as a bag which sold for N3, 000 at the beginning of March now goes for N3, 600.

In the southeast and northern parts of the country, the price is as high as N4, 000 per bag. The increase has also impacted cement-based products like blocks and concrete rings among others.

A dealer in Ikeja, Mr. Sunday Ilesanmi, said the recent price increases came from the factories as major producers hinged the development on cost of production. He stressed that the poor state of economy coupled with rising inflation impacted heavily on the construction industry.

According to him, the high cost of cement will invariably impact on affordable housing production as developers may be forced to increase the price of their houses.

This, he explained, might dim the hope of home ownership, especially among low-income earners and first time homebuyers.

Ilesanmi urged the Federal Government to develop a framework that could bring down the cost of cement production as well as the prices, stressing that if such decisions were taken, it could boost the construction sector, as cement remained a major ingredient for affordable housing.

It was àfurther gathered that the increase has caused limited housing supply in some areas in Lagos and Ogun states as dealers have taken advantage of the prevailing situation.

A dealer at Pakuro, Mayowa Adigun, attributed the increase to dwindling supply as a result of reduction in production. But another major dealer at Ibafo, popularly known as Alhaji Marouf, expressed optimism that prices will likely normalise.

Also, speaking on the development, a cement distributor at Ibafo, Mr. Tunde Odeh, said the increase was temporary and may likely normalised when full activities return at the factories.

Odeh, a distributor of the two major brands, however, lamented that sales have been low as construction works are still at low ebb because of prevailing economic situation.