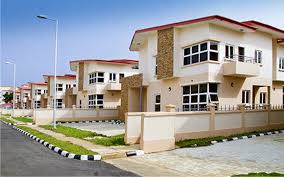 He however, called on the government at all levels to make land and finances available for real estate developers.

While referencing the United Nations estimates which states that the country has a housing deficit of 22 million, added that those with no houses in the country will double in the next decade.

‘Government must provide the enabling environment for businesses to thrive, Morenikeji said.

“It must formulate policies that will encourage the private sector to come into the real estate sector, provide affordable housing for the people,’ he added.

Giving suggestions on how government can curb land-related crisis in the country, Osokoya said head of families that own land must be directly involved in land purchase and ownership processes.z

He explained that the move became necessary in order for the private sector to complement governments’ efforts to ensure peaceful resolutions in matters of land ownership disputes, sales and property development in any part of the country.

According to him, land-related crises have contributed significantly to the crime indices of both Lagos and Ogun states, leaving a trail of killings, fraud, threats to life and property and huge economic loss.

While commending the pace-setting efforts of both the Ogun and Lagos State Governments at curtailing the trend, through the passage of Anti-grabbing Laws, Osokoya urged governments in the two states to be more decisive in dealing with promoters of land-related violence, while calling on family heads of landowners to collaborate more with the government to end such violence.

On the Celebrity Estate Project, he said the need to redirect the aspirations of Nigerian youths by immortalizing credible achievers gave birth to the concept of the project, which aims to name its streets, gardens, parks and recreation centres after exemplary Nigerians.

He added that the estate covering over 1000 acres within Arepo and Ishawo axis, has a long list of Nigerian legends, both living and deceased, whose achievements in various fields such as sports, entrepreneurship, education, industrialization, politics, and security services, among others, are seen as capable of inspiring human capacities development in profitable ventures and redirecting the energies of the youths from criminal activities