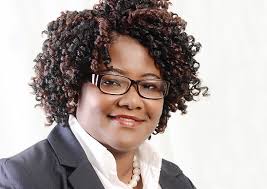 Power generation companies (Gencos) have called on the Nigerian National Petroleum Corporation (NNPC) to intervene and save the sector as regards gas supply.

It was gathered that gas supply to thermal power plants around 13 per cent more than seven years after the power sector privatisation,

The Executive Secretary of Association of Power Generation Companies (APGC), Mrs Joy Ogaji, made the request on behalf of her association during a panel session at the recently held 2021 Nigerian Oil and Gas Conference and Exhibition (NOG) in Abuja.

Ogaji noted that one of the major challenges facing Gencos was the request by gas suppliers that Gencos provide “securitisation” before they could supply them gas.

She explained that the Nigeria Bulk Electricity Trader (NBET) was expected to provide the securitisation in the form of a bankable commercial letter of credit from a commercial bank to the Gencos, but that NBET had not given them such since privatisation in 2013.

Ogaji said: “One of the challenges that we generation companies are facing is gas suppliers requesting for securitisation. And again, as lawyers, you know that contracts have to be back-to-back. If it is not back-to-back, it is not possible for me to be able to post to you what has not been posted to me.

“So, the way the power sector is designed is such that a value chain is as strong as its weakest link. So, it is designed such that we have a bulk trader, NBET, as a securitisation agent or an obligor or a buffer for the Gencos.

“So, NBET is expected to provide a securitisation in the form of a bankable commercial letter of credit from a commercial bank to the Gencos, who in turn, will now post it to the gas suppliers.

“As you all know, we have not received that and this is why we are not able to post it to the gas suppliers. My proposition is, we want NNPC, who has 50 per cent of the JVs to take up the gas obligation of the generation companies, and we will generate as much megawatts as you want, if you are able to consume or utilise it.”

She explained that such proposition would help the country as it has a two-pronged approach including making gas available for all thermal Gencos to generate unrestrained and also help to reduce the electricity tariff.

According to her, 60 per cent of the current generation tariff is the gas component, which in essence, makes the Gencos the debt collectors for the gas suppliers.

Giving the status of the Nigerian energy demand and gas requirement, with data from the National Control Centre (NCC), Ogaji, said that Nigeria’s estimated 203 population has gas demand of 28000MW.

She added that the Nigerian Electricity Regulatory Commission (NERC) had issued over 160 licences to power generation companies but that only 25 of them are operating currently.

According to her, 124 power generation companies, majorly thermals, were not functioning as they are, “watching on the sidelines, watching when the market gets serious before coming in.”

Ogaji noted that the idle licences would have cumulatively added another 30000MW to the network if they were actively involved.

The Gencos’ spokesman recalled that in 2015, the current administration