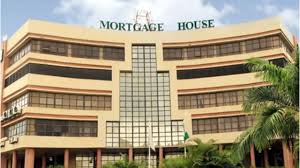 The Federal Mortgage Bank of Nigeria (FMBN) has inaugurated over 100 housing units in Ilara-Mokin, Ifedore Local Council of Ondo State. dream of owning a house came true for some Nigerian workers.

According to the Executive Director, Business Development and Portfolio Management, FMBN, Kingsley Chukwuma, it was one of the ways of fulfilling the dream of Nigerian workers owning a house.

On his part, the governor, Oluwarotimi Akeredolu, who was represented by his Chief of Staff, Olugbenga Ale, said his administration’s policy towards affordability of housing units included provision of affordable housing loans to workers and provision of mortgage support to civil servants as well as ease of issuance of Certificates of Occupancy (C of O).

He, however, the tasked property developers to make necessary sacrifices in their profit projections.

Meanwhile, President of the Nigeria Labour Congress (NLC), Ayuba Wabba, who was represented by Benson Upah, said Ondo workers should have the choice of right of first refusal in the allocation of the houses.

Wabba said that the suspicion of workers against the FMBN would stop if the bank sustained its new commitment to the workers’ cause.

The organised labour appealed to Akeredolu to provide land for construction of more housing estates in the state for the purpose of solving housing deficit.