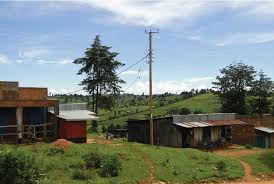 The Community and Social Development Project (CSDP), a Federal Government initiative and flagship programme, says it has invested N58 billion in the development of rural infrastructure in 28 states since 2009.

The Project’s National Coordinator, Abdulkarim Obaje made the disclosure at a three-day workshop on Strategic Communications for Board and Management of CSDP organised by the Federal Support Unit (FPSU) on Thursday in Abuja.

Obaje explained that out of the N58 billion, N17 billion had been invested under the CSDP additional financing phase which began in 2016.

He said that the investment had supported poor rural communities to conceive, build and maintain about 12,000 Micro projects in 28 states since 2009.

Obaje said that the project began in 2009, with a total credit envelope of 415 million dollars, saying “as at today, Nigeria has drawn down 65 per cent of this total credit from the World Bank.

“The programme is designed to address the plight of poor people and vulnerable groups in our communities.

“The project closes on June 30, 2020. We have 28 active states while another four states of Ogun, Imo, Kaduna and Sokoto are at various stages of eligibility to join the Project.

“Therefore, one can comfortably say that 32 states and FCT have expressed interest and are participating in CSDP,’’ Obaje said.

He commended the Federal Government and all participating states governments for their generous support to CSDP through the provision of legal framework and contribution.

The coordinator expressed the hope that the workshop would open a new chapter in the history of the project, herald a new season of improved engagement with stakeholders, especially media professionals.

Earlier, the Senior Special Adviser to the President on Social Investment, Mrs Maryam Uwais, restated the commitment of the Federal Government to reduce poverty through its various social intervention programmes.