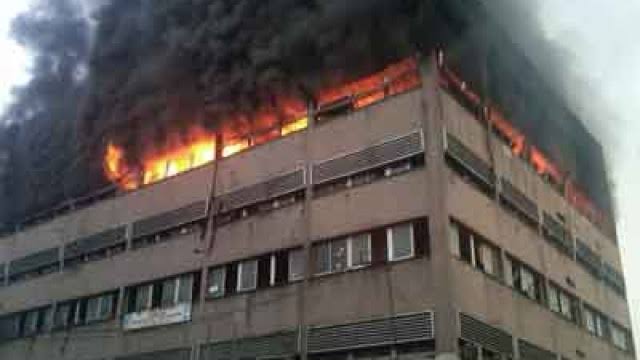 Worried by poor compliance to fire safety rules and fire outbreaks, the Federal Government has said that it will make fire liability insurance on all public buildings compulsory.

Controller-General of the Federal Fire Service, (FFS), Ibrahim Liman, made this known during a courtesy visit to the Chief Executive Officer, (CEO), of the National Insurance Commission, (NAICOM), in Abuja.

In a communique signed by the Public Relations Officer, (PRO), of the FFS, Ugo Huan, the fire service boss said the two agencies resolved amongst other things, to commence the enforcement of compulsory public building liability insurance across the country.

The CG used the opportunity to highlight the achievements of the Service under President Muhammadu Buhari, which includes “moving from having just two dilapidated fire trucks to presently having 106 modern fire trucks; 22 water tankers, 8 rapid intervention and a 54 meters hydraulic platform with the capacity of fighting fire and carrying out rescue at the 18th floor of a storey building.”

He said currently, “the Service has embarked on rigorous public enlightenment and education on fire safety and has established a technical group to assess the Oil Tank Farm Safety Management in Nigeria with a view of mitigating disasters attributable to oil tank farm explosions mostly in the South-West and South-South.

The Controller General also reminded the CEO of NAICOM, Olorundare Thomas, about the statutory fund that is supposed to be remitted to the Fire Service but has not been forthcoming, should be used to equip the service.

“The fund that is supposed to be remitted to us from NAICOM has not been coming. My appeal to you is that NAICOM can assist the Fire Service especially the State Fire Services who are poorly funded in the areas of fire trucks rehabilitation, fire stations rehabilitation, training and retraining of staff and even providing uniforms where the need be.”

Responding, the NAICOM boss, acknowledged the fact that the law enables NAICOM to fund the activities of the Fire Service.

He said, “We have a regulatory responsibility, the law also enables us to fund the activities of the Fire Service but because there has not been enough enforcement, the funds are not coming, but the potential is quite huge, this visit has given the opportunity for a better partnership.”

He said that NAICOM will work with the interface consultants introduced to them by the Controller General in ensuring that the needful is done. Guardian