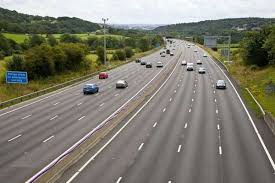 The Federal Ministry of Works and Housing last Friday completed and handed over the construction of 710 metres of roads to the Federal College of Education (Technical), Omoku, Rivers.

The Minister of Works and Housing, Babatunde Fashola, represented by Mr Olufemi Adetunji, the Federal Controller of Works in the state, said that the construction and rehabilitation of the roads were aimed at bridging the infrastructural gap.

He added that it would create a conducive environment for teaching and learning.

The Minister disclosed that 15 people were employed during the construction of the roads, thereby contributing to the job creation initiative of the Federal Government.

He noted that the standard of education in the institution would improve following the investment on infrastructure.

According to him, the gap of the nation’s infrastructure needs is steadily being bridged by a gradual process of repairs, renewal and construction on major highways and it has reached the schools.

“It is not debatable that the quality of education will be impacted by the quality of infrastructure and the learning environment and those who doubt it should simply listen to some of the feedback from students in the schools where this type of intervention had taken place.

“We have successfully intervened in 64 internal road projects in various federal tertiary institutions and handed over 46 of such roads as at March 2022. We now have another 18 roads, ready to be handed over. We are currently attending to 19 other roads in similar institutions across the country, making a total of 83 roads.

“The students are expressing renewed enthusiasm with regards to attending classes because some defective roads have been restored to good condition, “he said.