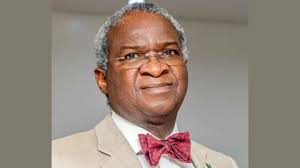 The Minister of Works and Housing, Babatunde Fashola (SAN) has inaugurated a 116 housing units under the Federal Integrated Staff Housing (FISH) Programme in Gwagwalada, Abuja, the Nigerian capital.

Fashola said civil servants were a critical component of development in Nigeria, attributing it to why housing provision to Nigerian workers, under the administration of President Muhammadu Buhari has been a priority

He reeled out many policy efforts being carried out by the present administration, which he argued are targeted at uplifting the welfare of civil and public servants in Nigeria to make them comfortable enough to perform optimally.

Some of the initiatives, according to the minister, include the federal government’s support for states to clear their salaries liabilities; civil servants salary review; pension reforms and the removal of equity contribution of the Federal Mortgage Bank (FMBN) housing loan of below N5 million for civil servants.

While commending the ministry’s public building and housing directorates for their commitment in securing the land and development of the site’s master plan and infrastructure, the minister stressed that the government will continue to take the wellbeing of its employees seriously.

He assured the Gwagwalada community of government’s continued effort in developing the area, citing the recent tax credit policy investment on infrastructure, and the Abaji- Lokoja road among some of the benefits the area had derived from the current administration.