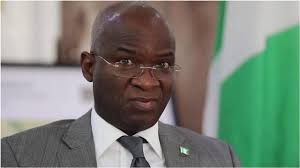 The Minister of Works and Housing, Babatunde Fashola has said the Federal Mortgage Bank of Nigeria (FMBN) has reduced equity contribution from 5 per cent to 0 per cent for those seeking mortgage loans of up to N5 million

For those seeking loans of over N5 million will have their equity contribution reduced from 15 per to 10 per cent.

Fashola revealed this at the commemoration of World Habit Day aimed at helping to ease access to housing opportunities.

The Minister also disclosed that the Federal Housing Authority (FHA) has a total of 2,382 housing units under construction from January 2022 till date and out of this number, a total of 1,462 housing units have so far been delivered across the nation.

“In the course of providing these houses, and the construction process associated with it, jobs in the construction value chain translating into 46,420 employments for Nigerians were created, Fashola said.

“Apart from stimulating the economies of the 35 states and the FCT in the communities where work is being undertaken for the construction of houses, by providing work for artisans, builders, engineers, and other skilled persons in the building industry, the construction sites have been and remained centres of supply for building materials and other commodities.

“It is promoting inclusivity and leaving no one behind because many people who hitherto were unemployed have had their dignity restored as they could leave home every day for gainful employment.

“With the programme now in a season of completion, many of the houses have been completed and are now being handed over to the beneficiaries who follow the allocation procedure set out in the National Housing Programme web portal (nhp.worksandhousing.gov.ng).

“The National Housing Programme has, therefore, produced new homeowners but in the process also produced citizens who found economic fulfilment as contractors, and suppliers of various construction items and artisans,” he said.

Through its urban renewal and slum upgrading programme, the minister said that the government has actively collaborated with the private sector to create 4,435 direct well-paying jobs for Nigerian youth through the implementation of 33 projects in several Nigerian cities from January 2021 to June 2022