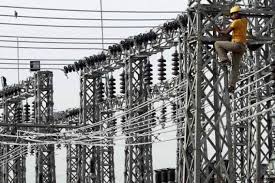 Organisers of this year’s power sector awards have stated that the challenges facing the sector are hindering it from delivering on the benefits of privatisation in terms of reliable electricity supply.

However, the group mentioned that in spite of the challenges bedeviling the Nigerian Electricity Supply Industry (NESI), the power sector has, undoubtedly, achieved measurable but modest progress and improvements since the conclusion of the privatisation.

Director of Marketing and Sponsorship, Nigeria Power Sector Awards Limited, Rachael Salehu, said to push the sector on a steady growth path, there is need for an award scheme, Guardian reports.

Scheduled to hold in Abuja, on November 23, she said the awards will celebrate the efforts and achievements of deserving public and private organisations; individuals across the entire NESI value chain, as well as the renewable energy/off-grid sector.

According to her, it will shine the spotlight on the innovation, growth and progress achieved by the organisations and individuals, highlighting their efforts and achievements within the power sector since the conclusion of the power sector privatisation.

She said the awards aim to reward and incentivise organisations and individuals, who have contributed in measurable ways to the improvements, growth and progress in the sector.

According to her it also plans to catalyse further improvements, growth, innovation and progress in the sector and to transparently highlight the improvements and growth achieved within the sector.

She noted the move is to change the negative public opinion about the sector, which has become a hindrance and constraint to attracting much needed long-term investments.

Noting that the broad award categories are structured to highlight and recognise every segment of the NESI, she added that nominations for the respective awards are currently open and will close on the September 30,2022.

“We encourage public and private organisations who are actively involved in the power sector, to visit the awards website athttps://npsawards.ng/categories/ to submit their nominations for the respective awards they might be interested in.

“We are very excited to recognise the growth in the power sector and we are pleased to pioneer this remarkable award event.

Despite the current challenges in the sector, we are determined to celebrate the modest improvements, progress and innovative strides within the sector every year in order to achieve the objectives of power sector privatisation,” she said.