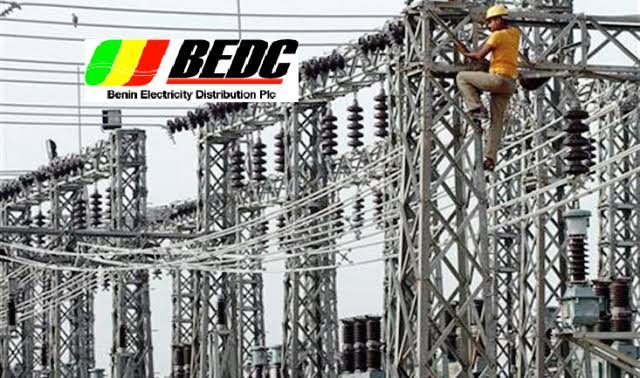 The group also condemned BEDC’s failure to honour contract agreement and unfriendly labour practices, among others.

The group urged the Federal Government not to renew the company’s operating licence, saying that it does not have the capacity to meet customers electricity demand.

The union members carried placards with various inscriptions such as `Funke must go”, `FG don’t renew the licence,’ `BEDC must go,’ `Five years of continued darkness is enough’, `Treat customers with respect’, `Nigerians are tired of blackout’, among others.

Addressing journalists in Benin during the protest, the Coordinator, Edo Civil Society Organisation, Omobude Ahgo, said that the protest was organised to demand that the licence of BEDC should not be renewed over poor performance.

“The licence is a five-year contract which expired today.

“We are saying that it must not be renewed, BEDC should be taken over by the Bureau for Public Enterprise (BPE) and get a capable investor willing to do business and follow the terms of agreement.

“BEDC has not mee any of the terms of the contract agreement. There was no provision of transformers, electricity, replacement of poles, wires among others,” he said.

He alleged that the company had rejected power from the transmission company and preferred to give the little it accepted to big companies and wealthy individuals who could pay N2 million and above.

“There was an occasion, she said she can’t give power to a community that can’t pay N1 million bill when an individual can pay N2 million,” she said.

On his part, Richard Kedee, the Assistant General Secretary, National Union of Electricity Employees (in charge of Lagos District), said the protest was as a result of the unfriendly labour practices and poor services by BEDC.

“BEDC management doesn’t observe labour laws and treats workers like slaves. There is no condition of service and they are owing workers.

“Today, makes it five years BEDC has been licensed but from what we have seen, privatisation of PCHN has failed and as such, we are calling on the government not to renew their licence this year,” he said.

“We were still engaged in that negotiation to a point that we told them what we could offer in line with the financial reality on ground.

“They said that it was unacceptable to them and that based on that, they would picket us.

“We wrote to the Federal Ministry of Labour on the situation and they told both NUEE and BEDC to stay action and come for a discussion next Monday.

“There is nothing wrong in picketing but in the company, majority of the staff are not union members.

“There is nothing like licence renewal; the privatisation exercise was a once-for-all transaction that transferred the assets of the defunct Power Holding Company of Nigeria to core investors in the BEDC,” he said.

He said that all over the world the power sector was a long-term investment and that even when the Bureau of Public Enterprises spoke about a review of performance, it said that it would be done in December 2019.