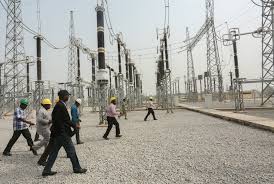 Electricity workers under the auspices of the National Union of Electricity Employees (NUEE) have alleged that electricity distribution companies are using dubious antics to rob Nigerians.

The workers also alleged that electricity distribution companies have failed to upgrade and expand their capacities and networks.

The workers made these disclosures while addressing a press conference on Monday in Ibadan, the Oyo State capital.

DAILY POST recalls that the power sector was in 2013 privatised.

The electricity workers have, however, said the distribution companies are using dubious antics such as overbilling to rob the citizens.

Assistant General Secretary, Western Zone of NUEE, Modupeoluwa Akinola, while addressing journalists on behalf of his colleagues, added that distribution companies have failed to upgrade since the sector was privatised.

He said this is forcing communities to procure distribution facilities like transformers, cables and poles.

He maintained that Nigerians are not getting the value for their monies despite the N2 trillion bailout fund that the Federal government gave to both the distribution companies and generating companies on different occasions since the privatization.

Akinola said, “The distribution Companies known as (DISCOs), are not fairing better.

“They have failed to upgrade and expand their capacities and networks while using dubious antics like overbilling to rub the people; force communities to procure distribution facilities like transformers, cables, poles etc., which are not only grossly inadequate but also in decrepit conditions and dubiously claimed the ownership.

“We consider this to be quite unfortunate and unthinkable, given the over N2 trillion of bailout fund that the FG has given to both the DISCOs and GENCOs at different occasions since the privatization.

“There has been practically nothing to show in terms of improvement in the electricity supply and better performance for the $20 billion, the FG claimed to have invested in the power sector since 2005”.