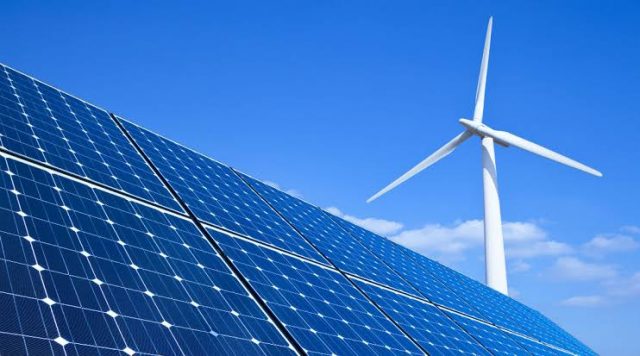 The Minister of Science and Technology, Dr Ogbonnaya Onu, has advised investors to focus attention on renewable energy sector,

According to NAN, Onu made the call at the 38th National Solar Energy Forum (NASEF), organised by Solar Energy Society of Nigeria, Usmanu Danfodio University Sokoto (UDUS) and Energy Commission of Nigeria in Sokoto.

The Minister who was represented by Director-General of ECN, Prof. Elijah Bala, commended organisers on the theme: “Solar Energy post COVID-19 Economy ” describing it at apt and timely.

He said COVID-19 pandemic had ravaged economies with no exception to Nigeria, which he said was 90 per cent dependent on crude oil export coupled with low demand.

“It is a common knowledge that our economy has again gone into recession due to low demand in oil and consequent low price,” Onu said.

He explained that Nigeria needed more meaningful progress, stressing that the right investment should be channeled to Science and Technology innovations.

Onu said President Muhammadu Buhari administration through the ministry had placed emphasis on science, technology and innovation as instruments of sustainable development

According to him, the Economic Sustainability Plan 2020 has been composed to mitigate the effects of COVID-19 on Nigerian economy and had fully recognised the place of solar energy.

”The solar energy component of the plan was intended to support 250,000 jobs and impact up to 25 million beneficiaries through installation of 5 million Solar Home Systems and mini-grids.

” Nigeria is endowed with abundant solar energy resources with the potential average daily solar intensity of about 500W/m2 at six hours per day.

”The potential is there to support about 460GW of generation capacity and about 30 times the current annual grid electricity generation in the country,” he said.

Bagudu called on relevant stakeholders especially chemical engineers to look into maximum tapping of solar alternative energy at the local and state levels.

He said if energy researchers would not rise up to succeed, Nigeria might remain a purchaser of energy from foreign countries.

In his remark, President of Solar Energy Society of Nigeria, Prof. Joseph Dioha, said if Nigeria renewable energy was harnessed it could revamp the economy and create about 250, 000 jobs.

He called on executive and the legislature to make energy law to give standard that should be implemented.

He advised governments to look into solar energy as a source of alternative power supply because of its cost effectiveness.

The News Agency of Nigeria reports that notable Nigerians bagged fellowship awards at the event.

Other recipients included Minister of Science and Technology, Dr. Ogbonanya Onu and his counterpart in the Ministry of Power, Saleh Mamman.