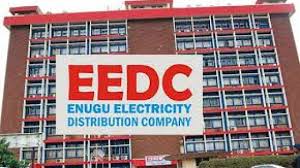 The Enugu Electricity Distribution PLC (EEDC) has decried the increasing rate at which some of its customers engage in acts of energy theft, especially meter bypass.

The issue was raised by the Head, Corporate Communications, EEDC, Mr. Emeka Ezeh, in Enugu over the weekend,

He recounted the recent apprehension of one of the company’s Maximum Demand customers by its Task Force team for involvement in meter bypass.

The Enugu-based industry was said to have totally bypassed the meter installed in its facility and directly connected the armoured cables from the mains to the factory, a situation that kept the meter idle while the customer was busy consuming energy.

Ezeh said that the customer, now a third time offender in meter bypass, was in the habit of downing tools during the day (giving the impression of low business activity) only to resume full operations at night when the EEDC officials must have all closed for the day.

Luck, however, ran out on them when they were caught in the act by the Task Force.

According to the company’s spokesperson, one of their customers at Ikenegbu Extension, Owerri, has been apprehended the fourth time for engaging in meter tampering and illegal reconnection.

“Another one located at Emene Industrial Layout, Emene, Enugu, has been caught thrice for engaging in meter tampering and insertion of resistors on all the phases behind the meter board.

“If this growing trend is not abated, the sector will continue to feel the negative impact of these infractions”, Ezeh said.

He said that “a prepaid meter connected to No. 31 Oguta Road, Onitsha, was also bypassed. When discovered by the team of Task Force, one of the occupants of the building identified as Elizabeth Megafu resisted the team from disconnecting the building, threatening them with cutlass. It took the intervention of the Police to eventually carry out the disconnection.

“Meter bypass accounts for the huge losses recorded by the distribution companies and this largely impacts negatively on the growth of the power sector. There is therefore the need for perpetrators to desist from this criminal act which is undermining the power sector.

“The company has been investing in its network infrastructure and working assiduously to consistently improve its operations to deliver quality service to its customers, but this cannot be sustained if customers continue to sabotage these efforts,” he further stated.